The 6 God has blessed the Rihanna-assisted N.E.R.D. comeback single, by jumping on the official remix of ‘Lemon’. Now with Drake on the record, the addictive single is even that much better, and it reminds us of how well Drake and Rihanna fit together on a track.

Drake is still enjoying the mega success of his song ‘God’s Plan’, he’s rumoredly working with Kanye West on a potential joint album, and now a new song with N.E.R.D., needless to say Drake is on top of the world right now.

Stream the Drake Remix of Lemon below.

END_OF_DOCUMENT_TOKEN_TO_BE_REPLACED

Ahead of their anticipated performance at ComplexCON, N.E.R.D, which is comprised of Pharrell, Chad Hugo and Shay Hayley, has returned with their first new track since 2010.

With a rare rap verse from Rihanna, ‘Lemon’ has that classic N.E.R.D sound, proving that the trio hasn’t lost a step. Although Pharrell confirmed that the group was working on new music in 2015, the new record still comes as a big surprise to music fans everywhere. Let’s just hope that an entire album and a forthcoming tour will soon follow.

END_OF_DOCUMENT_TOKEN_TO_BE_REPLACED

In 2014 our Editor-in-Chief and lead photographer Dan Garcia teamed up with Pigeons & Planes to cover Lollapalooza, live at Chicago’s Grant Park. Returning to the festival the next year, Garcia got to witness some of the best moments from the premiere festival in the past couple years. Returning to Grant Park this year, Lollapalooza is expanding the festival to include a fourth date for its 25th Anniversary, and many expect festival organizers to release its best lineup yet by the end of the month. So to celebrate Lolla’s 25th Anniversary and built up anticipation until it’s forthcoming lineup is announced, we are sharing some of our favorite moments and photos from Lollapalooza since our publication’s inception.

END_OF_DOCUMENT_TOKEN_TO_BE_REPLACED 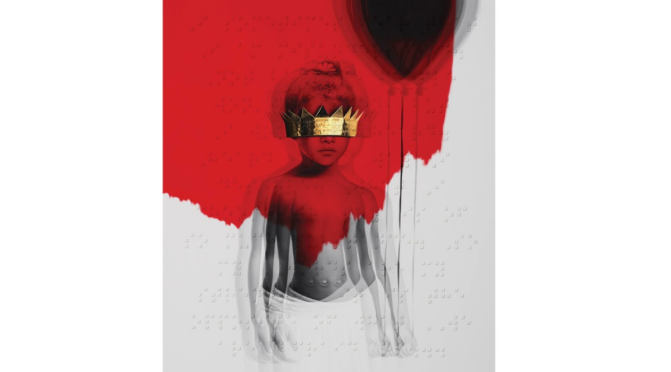 In the last few years, musicians have gotten progressively more – – well, progressive. Artists that were pop-radio mainstays have started to stray from stringy, by-the-book singles in pursuit of their more Warhol-esque artistic endeavors. We had Beyonce’s, Beyonce project in 2013 which stopped the usual catering to radio standards and now we get ANTI, Rihanna’s attribution to this rapidly diversifying landscape we find ourself wandering in. When compared to her usual fare of songs, ANTI finds itself occupying an entirely different genre of sounds. Looking at its usual, hi-bar, electronic and techno elements on her last few projects that were practically commissioned to take the spot at the top of the charts, it is like day and night. Although, this does seem to make sense, as the more recent players to have emerged onto the radar are changing the sound of popularity.

Rather than similarity and relying on tired formulas, musicians are finally starting to rely on their own artistic interests, for better or for worse, when it comes to laboring over their craft. Here, I would have to say, for the most part, ANTI’s adventurous exploratory spirit pays off much more than it disappoints. Stylistically, the project ventures coast to coast and decade to decade posting sounds of past, present and future equally on display. Sounds are either stripped down or left far behind and tampered with only to resurface as distortions of their former selves. This is verified by the static-laden drums of album opener, ‘Consideration’. It is simplistic and is the perfect way to open the project, it is her inner-phoenix ejecting from the ashes the music industry has buried her in over the years. Her proclamation of doing things her own way and her fairytale references accompany this depiction of a new musical journey.

After the opening, Rihanna reminisces on past loves and her evident attraction to “bad boys”. On, ‘Kiss It Better’ she longs to rekindle a lost relationship over an Aerosmith-era guitar piece that drives its chorus into a lullaby. Then Boi-1da, ventures into more modern territory with an upbeat radio-friendly instrumental (possibly the only one on the project) that features Drake and Rihanna going back and forth about what I would assume is a fictional relationship and the struggles of opposition. This is followed by a much edgier, ‘Desperado’ that takes after more recent radio fare, think Halsey. It occupies the dark headspace of being truly alone and even worse, feeling alone even when someone is in your presence. Experimentation is most duely noted on Rihanna’s collaboration with one of the headmasters of experimental hip-hop today, Travis Scott. The deep lo-fi bass hits and screechy synths put somewhere we have never really heard Rihanna before.

You know your appeal is something else when you get a persona like DJ Mustard to produce his most interesting and complex production to date. The lofi bass of ‘Needed Me’ is intoxicating when combined with Rihanna remorselessly verifying, “Didn’t you know I was a savage?” It becomes apparent that sexuality is a vice that Rihanna clutches closely. She flips from reminiscing about her longing to pointing out that her men need her just as much and it sounds as certain as it should, given the rest of the album’s subject matter. She sounds reinvigorated with the sound of a little less self doubt. A bit of a falter shows itself by way of the nearly 7-minute ‘Same ‘Ol Mistakes’. Its distant vocals and reimagining of Tame Impala are drawn out past their intrigue and start to sound tired by the four minute mark.

The album comes back together in a more natural sense by the end. It starts to rely more on Rihanna’s voice which is better than ever. A more sombering piano graces Rihanna’s voice on ‘Close To You’, as though the song occupies a church during a morning mass. Her sexuality gives way to a much more neglected emotion, love. Her vocal flutters and tone fluctuations illuminate the mastery she has over her voice and it becomes the most heartfelt and honest song on the project. From distortion to clarity and everywhere else in the middle, Rihanna’s ambition has never been more noticeable. No longer standing in the crowd she stood near the front of for the last decade. Instead, she is playing with a stronger hand of cards and laying them down in a sequence that develops some solid insight to Rihanna the person rather than Rihanna the pop-star.

According to sources, Rihanna’s forthcoming album ANTI is dropping any moment now, this week even, according to Billboard. Whether it not it comes in the next few days, fans could not be more excited for RiRi’s next full length efforts. And today we have the albums new single, where Rihanna again recruits the talents of the 6 God himself, Drake.

Titled ‘Work’, this one definitely have a tropical club vibe and with Rihanna and Drake teaming up, it definitely works (no pun intended)! If the rest of ANTI is anything like this one, then the LP will definitely be worth all the hype and anticipation.

END_OF_DOCUMENT_TOKEN_TO_BE_REPLACED

Rihanna took to Twitter minutes ago to make a huge announcement. Along with rumors that Rihanna is releasing a new album, reportedly titled Anti, on Black Friday, at the very least, fans will be happy to hear that the ‘BBHMM’ singer will be hitting the road next year on a huge worldwide tour of the same name! Bringing along Travis Scott for the North American dates and The Weeknd & Big Sean for the Europe dates, tickets for the “ANTI World Tour” go on sale on Thursday, December 3rd. You don’t need us to spell it out for you, this is not a tour that you want to miss!

Check out Rihanna’s announcement below and stay tuned as the official dates and locations are released.

END_OF_DOCUMENT_TOKEN_TO_BE_REPLACED

Rihanna finally drops the long awaited music video for her single, ‘Bitch Better Have My Money’ (#BBHMM). The video, which was directed by Rihanna and Megaforce, shows Rihanna kidnapping the wife of a rich man who obviously owes her money (if you couldn’t have guessed it yourself).

Check out the epic new music video below.

END_OF_DOCUMENT_TOKEN_TO_BE_REPLACED

It’s not technically new but it’s new to us, as a new unheard Rihanna and Chris Brown collaboration has surfaced online. The previously unreleased track from the former lovers is titled ‘Put It Up’, and you can stream it now. We aren’t quite sure when this track was recorded, especially since Breezy and Rihanna have had a long history, but either way the record is hot.

Listen to ‘Put It Up’ below.

END_OF_DOCUMENT_TOKEN_TO_BE_REPLACED

Yesterdau, Jay-Z’s new artist-owned streaming service TIDAL held a huge press conference with a lot of star-power. TIDAL describes itself as “the first music streaming service that combines the best High Fidelity sound quality, High Definition music videos and expertly Curated Editorial.” In attendance for the press conference was Jay-Z, Beyonce, Kanye West, Jack White, Daft Punk, and Rihanna (just to name a few). Seeing so many great artists team up for one common goal, we couldn’t help but be reminded of the artists in the room that have made great music together in the past.

Of course Jay-Z has made a plethora of hits with friend Kanye West and wife Beyonce, but a lot of the collaborations in the room are maybe under your radar. So we took the liberty of creating a huge flowchart and guide to help you follow. Check out our flowchart above and hit the jump for a complete guide to learn which TIDAL artists/owners have worked together in the past. 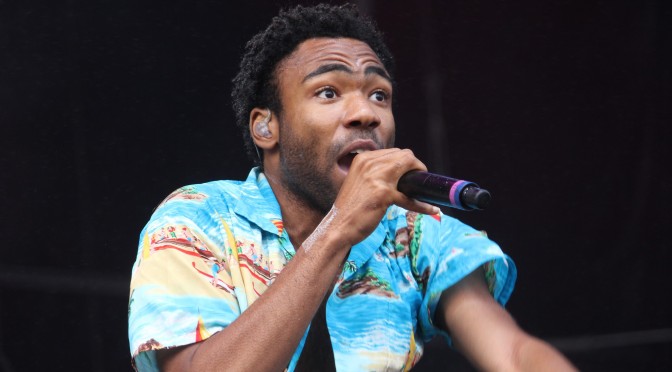 Some say music videos are a lost art. With MTV and VH1 airing more reality TV programs than actual music videos, it is no surprise that a lot of artists have abandoned the music video route of promotion. Not all artists fortunately. A lot of big artists know that fans crave visuals, even if they are streaming it from their phone or iPad. And a lot of emerging artists know that dope visuals going viral are a great way to gain exposure and put your name on the map. For our best music videos of 2015 (so far), which include selections from Raury, Childish Gambino, Kanye, WebsterX and more, we have a mix of both. Check out our picks and see who got our number one spot.