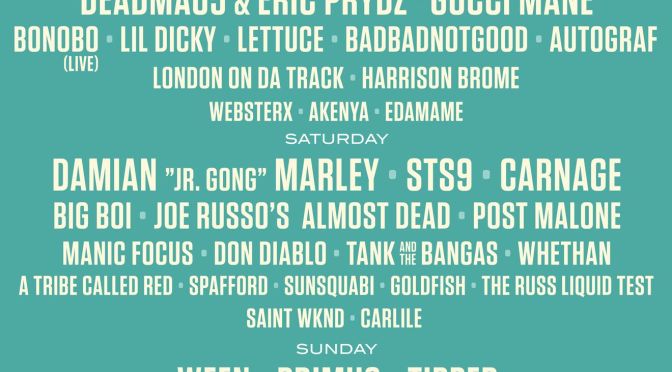 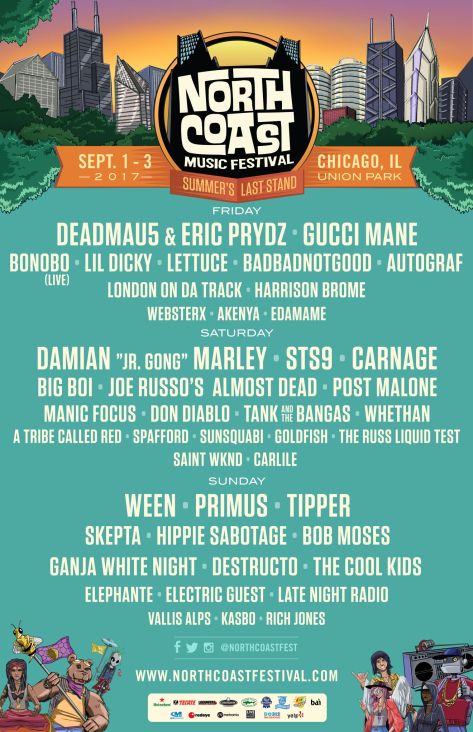 Want to attend the Summer’s Last Stand at the North Coast Music Festival this year? Well you’re in luck! We are giving away a pair of 3-day general admission wristbands to stacked Chicago festival. With performances from Deadmau5, Gucci Mane, Ween, Lil Dicky, Damian Marley, STS9, Big Boi, Post Malone and more, you won’t want to miss out.

Winning is easy, enter at the link below and by following The Early Registration and North Coast on social media, by sharing the contest with your friends, and by scoring yourself a free to the festival, you gain entries that increase your chances of winning! Contest ends Thursday, August 17th.

But why leave things to chance? Buy your tickets and check out more information here.

END_OF_DOCUMENT_TOKEN_TO_BE_REPLACED

The Summer’s Last Stand, Chicago’s North Coast Music Festival is returning to Union Park this summer for another year of great music. And today, festival organizers shared the initial 2017 lineup and we’re already excited. Just to name a few, the festival will be headlined by names like deadmau5 & Eric Prydz, Carnage, Ween, Damian Marley and STS9.

2017 will also be another year of great hip-hop acts for North Coast, as Gucci Mane, Lil Dicky, Big Boi, Spekta, Post Malone and WebsterX are all scheduled to perform.

Make sure to get your tickets before it’s too late, because this lineup is stacked. Check out North Coast’s official website for more information.

END_OF_DOCUMENT_TOKEN_TO_BE_REPLACED 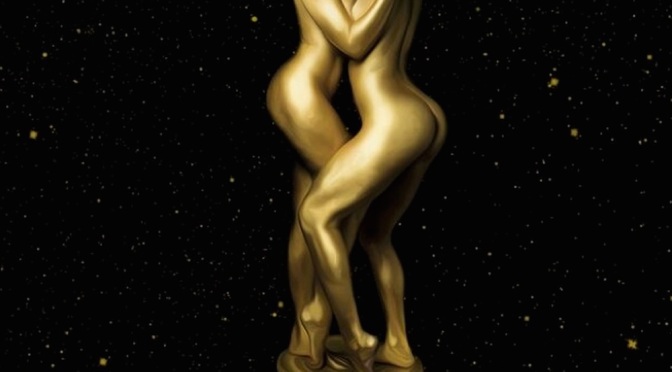 Sometimes you have things come before you in life that not even your imagination can piece together its perceived quality. Could be good, could be Superman IV: The Quest for Peace. “Don’t knock it ‘till you try it”, is a common expression for supporters of the new, interesting and potentially life-changing. Now, when I came across Phantogram (now one of my favorite electronic groups) on Big Boi’s undeniably experimental 2012 album, Vicious Lies and Dangerous Rumors, I was gleefully anxious. Meshing genres is nothing new in the realm of sound; but to take two extremely distinct, creative sounds and to unify them, is no small feat. A feat, nonetheless, that they recently attempted to duplicate.

It had been years since we had heard anything from the nameless, genre-less troupe. Then, as if by fortuitous happening, a song by the name of ‘Fell In The Sun’ hit the net via a group named, Big Grams. Realizing shortly after that this name is a lazily simple melding of the two separate stage names, all I could do was hope the music wouldn’t be so uninspired – and for the most part, it succeeds.

The EP takes off with ‘Run for Your Life’, a song that starts things off on a pretty low-key note. A distant snap of drumsticks colliding provides a simple enough rhythm for Big Boi to lay some of his playful Daddy Fat Sacks bars over. When the chorus reveals itself to us through the airy vocals of Phantogram’s Sarah Barthel it sounds like what you’d expect. While both parts sound singularly good, the track lacks some creative cohesion. From here on out though, that problem quickly fades away as the creativity flows into an ever-increasing current.

The second track, “Lights On’, capably eliminates any negatively juxtaposing elements. Especially evident is the highly melodic rapping from Big Boi. By the time we hit the third track, Big Grams has fully surfaced. ‘Fell In The Sun’ simultaneously overlays Sarah’s light vocals with Big Boi’s lyrics. The production is consistent and has enough Atlanta-esque hip-hop elements reformed within Phantogram’s signature psyche-pop style to allow for a seamless integration. Following right behind is a sample-laden production from 9th Wonder on ‘Put It On Her’. Big Boi smoothly puts down some suave bars about his classy demeanor that leaves women clamoring at his feet. The seductive chorus separates Big Boi’s slick utterings from Josh Carter’s, highly electronic attempt at rapping. While Josh’s style would have little chance of carrying the weight of an album by itself, here, I personally like the variation of the verse – and rhythmically, it is on point.

From bouncy, down-to-earth cadences to intergalactic synthesizers, the production spans both genres without ever being spread too thinly. The final two tracks have Big Grams opening the doors to other masters of their respective genres. Run The Jewels two-piece, Killer Mike and El-P make an in-your-face appearance on ‘Born To Shine’, while Skrillex lends a hand on club-suited banger, ‘Drum Machine’. It’s an intense and fitting end to an EP that took two separate musical entities and amalgamated them, forming something entirely new. While this EP came from nowhere and serves us only a 26-minute platter of creativity, all of its moving parts form a concise, unified whole that is almost always unique and works on more levels than it falters. Which leaves me with one question. Was this was a one-time outing or will it be known as the first breaths of a potential super group? 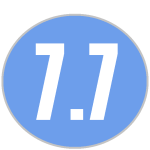 Looks like Big Boi has moved on from trying to reunite Outkast for another album…for now at least. The Grammy winning rapper and genre-blending duo, Phantogram, have combined forces to form their new group, “Big Grams”. And don’t think that you will have to wait too long to hear some music from the new trio, as they will be releasing their self-titled debut in less than a month, September 25th via Epic Records.

Pre-orders for Big Grams start tomorrow (9/10) and you won’t want to miss at they pay a visit to Beats 1 tomorrow at 12:40 PM EST as Zane Lowe premiere’s their first track, ‘Fell In the Sun’. Also appearing on their forthcoming 7-track project will be Skrillex, on their record ‘Drum Machine’ and Run The Jewels (Killer Mike & El-P) on ‘Born To Shine’. Coming out of virtually nowhere, this is already one of our most anticipated projects of the year.

Top Dawg Entertainment singer SZA and half of the legendary Outkast, rapper Big Boi, were the studio together. No word yet on what music will come from this, but this would definitely make for a great collaboration. Let’s keep our fingers crossed.

END_OF_DOCUMENT_TOKEN_TO_BE_REPLACED

While together they have given some of the best quality music for literally decades, the relationship between Andre 3000 and Big Boi has been questionable for the past few years.  However, many Outkast fans will be happy to hear the words Andre shared about his partner in crime recently in an interview with Rolling Stone.

END_OF_DOCUMENT_TOKEN_TO_BE_REPLACED

This was our first year at Lollapalooza and it was better than we ever imagined! While on-site we talked to some amazing artists and captured some great shots along the way. Check out our best photos below, shot by The Early Registration’s Dan Garcia.