Travis Scott’s Rodeo is everything we didn’t know we wanted it to be. When it’s not walking the line of being perfectly ambiguous and still revealing enough to hold personal narratives, it’s ditching the uptempo abrasive trap found on his 2014 mixtape Days Before Rodeo for gliding guitars courtesy of Mike Dean and well mixed expensive synths and dizzying vocal samples. It’s definitely not the story of what we’ve always wanted to know regarding the most enigmatic, character driven guy in the rap stratosphere right now, but once you move past that fact, Rodeo serves a function just as honorable—to remain turnt the fuck up for sixteen tracks of madness that you’ve heard nothing like before. – Vikash Dass 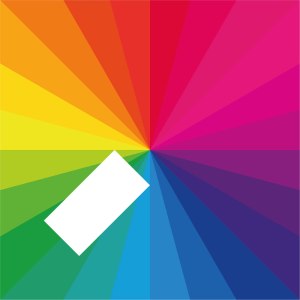 If In Colour is anything, it’s lustrous balance in the most refreshing way—balancing dancehall with trap, indie with soul, and dance with trip hop. The record finds it’s pinnacle moments side by side with samples of all shapes and sizes, while Jamie is also able to impress with his brilliantly tamed drums and minimalist bass lines. It’s able to be polished and beautiful yet it exists in a space that would be best heard in grimy underground London club. While In Colour is essentially an experiment in modern bass lines and matured, nostalgic samples, it is also can be viewed as an album that invents just as much as it borrows. – Vikash Dass

Summertime ‘06 is every bit of a harrowing walk through the dark side of Long Beach as you could imagine. Vince Staples’ battle isn’t necessarily with the streets but more so influenced by them; the biggest punches are thrown inside his own head. The violence and depression riddled streets he has walked his whole life are given a voice here. Rather than becoming a byproduct of his questionable environment outright, his experiences unfold into lessons learned and taught. The project’s production is next door to vacant, sounding gritty and visceral in as few sounds as possible while each carrying a weighty uniqueness, pushing Staples’ allegorical poetry to the forefront. – Evan Vogel

2. Drake – If You’re Reading This It’s Too Late

This year, Christmas came ten full months early in surprise fashion when Drake dropped his “pre-album album”, If You’re Reading This It’s Too Late. The album found the MC simply running through the motions (and the six) in what felt like his most comfortable skin in years. Rather than driving in his typical median of pop-hooks and hip-hop verses, he instead keeps all four wheels in the hip-hop lane. This offers him a chance to vent about his career ambitions rather than grievously salve his conscience over women. With nothing more to prove to anyone, Drake reaffirms his place at the top by shutting the door on all those gunning for it. The instrumentals are lush and diverse avenues crammed with honest words from a man with a few new perspectives. – Evan Vogel

1. Kendrick Lamar – To Pimp a Butterfly

To Pimp A Butterfly presents it’s self as a genre-busting, frenzied fusion of funk, jazz, soul, and hip-hop. Whether you choose to pinpoint the brilliance in the innovative production or the unorthodox and supreme lyricism offered by Kendrick here, the bottom line is that at every single angle, Butterfly remains exceptional. Kendrick Lamar has not only crafted the most potent, distinguished, original representation of his mind and message, but he has done so with the utmost sense of skill, creativity and emotion. Simply put, Kendrick Lamar has not only topped his acclaimed debut, but he has crafted one of the greatest, most impactful albums in years. – Vikash Dass