As the holidays begin, so do the amazing variety of holiday concerts and more. From WGCI’s Big Jam with Rick Ross and Chris Brown to B96 Jingle Bash with Taylor Swift and the Backstreet Boys, Christmas is coming early for a lot of music fans in Chicago next month.

Check out our list of our 8 can’t miss concerts in Chicago next month!

END_OF_DOCUMENT_TOKEN_TO_BE_REPLACED

B96‘s Pepsi Jingle Bash is less than a couple weeks away and we can’t wait! With highly anticipated performances from Taylor Swift, the Backstreet Boys, Khalid, Logic, Fifth Harmony and Sabrina Carpenter, Chicago’s Allstate Arena in Rosement is the place to be in December. The monumental night will take place on Thursday, December 7th and it couldn’t come sooner.

Hit the jump and check out our list of the 10 songs that we need to hear at this year’s Jingle Bash, and while only single seats remain, you can get your tickets now at Ticketmaster!

It’s starting to get cold in the Windy City but the live music scene is getting hotter than ever. We’re months removed from the summer festival season, but Chi-town is bringing some of the biggest artists in the world to the city for some amazing shows.

From Red Bull Sound Select’s “30 Days In Chicago” series, with concerts from Migos, Lil Yachty, 6LACK and the big reunion of the Big Tymers (to name a few), to some big headlining arena shows from The Weeknd, Halsey, Guns N Roses and more, Chicago (and the surrounding areas) are delivering some of the best concerts of the year in November.

Check out our list of the 12 can’t miss concerts in Chicago this month!

END_OF_DOCUMENT_TOKEN_TO_BE_REPLACED 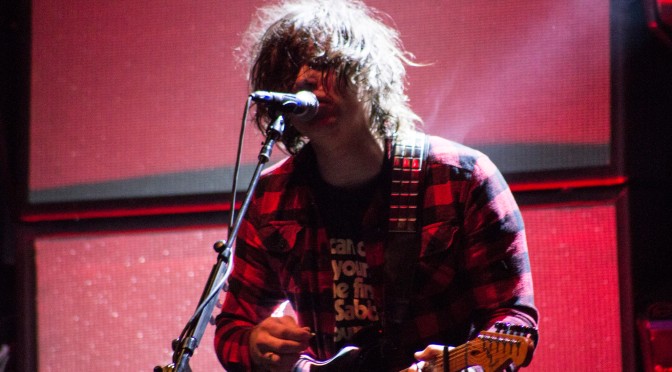 Music fans are less than a week away from one of the best music festivals of the year, with the Pilgrimage Music & Cultural Festival, located just outside of Nashville in Franklin, TN. With a number of emerging artists warming things up in the day, some big headlining performances at night and a number of activities and food options throughout the grounds, people throughout the country can’t wait to #MakeThePilgrimage this weekend.

From Fitz and the Tantrums to the festival’s partner, Justin Timberlake, there are a number of performances that you won’t want to miss, but we are only going to give you five of our favorites for now.

Check out our list of our 5 most anticipated performances of 2017’s Pilgrimage Music & Cultural Festival below.

Taylor Swift has the internet and fans going crazy with the release of her new music video, for her Reputation single ‘Look What You Made Me Do’. Full of references to her old looks and videos and subliminals towards some of her most famous foes and ex-boyfriends (Kanye West, Katy Perry, Tom Hiddleston), there is almost too much to keep track of.

Check out our (growing) list of subliminals and references from Taylor Swift’s new ‘Look What You Made Me Do’ video below.

“I Would Very Much Like To Be Excluded From This Narrative”

In the outro to the music video, as all the various forms of Taylor Swift stand side by side, Taylor Swift shows a little humility and humor by referencing her feud with Kanye West. Holding her “Best Female Video” VMA, the version of Swift that was interrupted by Kanye tells the other Taylors that she would “very much like to be excluded from this narrative.”

This quote wasn’t from the VMAs, rather it was from an Instagram post that Taylor sent to fans to address the bad press the singer was receiving after Kim Kardashian leaked a recording of a phone call between Taylor and Kanye, where Taylor gave the green light to the lyrics from Kanye’s track ‘Famous’. Although Taylor claimed she wants to move on from the drama, her Kanye references in her new single and its video are clear.

Near the three-minute mark of the music video, Taylor’s backup dancers are rocking some “I Heart TS” shirts. Although his wasn’t a black glittery crop top, Taylor Swift’s ex-boyfriend, Tom Hiddleston, was caught by photographers on the beach rocking an “I Heart TS” tank-top of his own. This isn’t much of a shot towards Hiddleston, but its definitely a cute little Easter Egg.

Around a minute and a half into the video, Taylor Swift leads a team of “cat burglars” rocking cat masks. Many fans believe that this is taking aim at Katy Perry’s ‘Dark Horse’ music video, where her back-up dancers are rocking Egyptian cat masks. The masks aren’t a direct rip-off by any means, but we wouldn’t be surprised if this indeed is a reference to Perry.

There may be multiple reference to Kanye West in Taylor’s new visuals. About 2-minutes into the video, Taylor Swift lays near a pile of unconscious life-like mannequin/robots. This one may be a stretch, but this may reference Kanye West’s music video for ‘Famous’, where Kanye displayed a number of life-life naked and sleeping wax figures, one of which portrayed Swift, which she was famously unhappy about.

“Taylor Swift is a snake” has become a popular meme on the internet, especially from the perspective of many Kanye West and Calvin Harris fans, and generally from the point-of-view of any Taylor haters. With her reputation under fire, Taylor Swift has embraced this persona in her new video with snakes being pictured throughout.

The new video doesn’t just take aim at Taylor’s foes, rather it also pays homage to Swift’s catalog of music videos. Sharing characters and outfits from her ‘Out Of The Woods’ video (for the Zombie scenes), ‘You Belong With Me’ video and many more, the ‘Look What You Made Me Do’ takes inspiration from Swift’s past and puts it all into one amazing video.

Katy Perry and Taylor Swift share a lot, including a lot of bad blood for each other, one thing that they don’t share however is a Grammy because despite 13 nominations, Katy Perry has yet to win a Grammy. Swift made sure to remind us all of that when in her new video, she is rocking a haircut and style very similar to Katy Perry, and what is she holding? One of her Grammy awards. Cold!

For another straight year, Lollapalooza did not disappoint for its sold out crowd. With fans traveling all over the world for the Windy City music festival, this year’s lineup had high expectations and Lolla met every one of them. Fans enjoyed headlining performances from artists like Chance The Rapper, The Killers, Arcade Fire and MUSE, while also catching sets from some of the most exciting newcomers in music today.

And from Thursday afternoon to Sunday night, we have compiled our list of some of the most memorable moments we will have to look back on from Lolla 2017.

Check out our favorite moments from Lollapalooza 2017 below.

END_OF_DOCUMENT_TOKEN_TO_BE_REPLACED 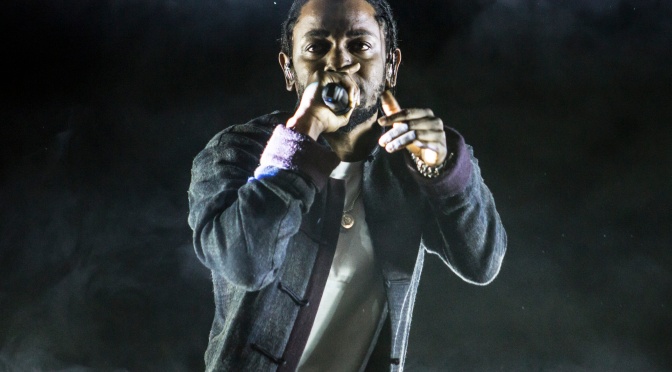 While 2017 marked the third year for Miami’s Rolling Loud music festival, this was the first year that the festival really skyrocketed to its elite status. Rivaling lineups from top tier festivals like Coachella, Lollapalooza and Bonnaroo, Rolling Loud put together arguably the greatest rap and hip-hop lineup in the history of music festivals. With top names in rap like Kendrick Lamar, Future, Lil Wayne, Migos and Travis Scott and emerging stars like Jazz Cartier, XXXTentacion, 21 Savage and more, everyone in attendance this past weekend saw 3-days of amazing performances that they will not soon forget.

Hit the jump and check out our list of our 10 Favorite Moments from Rolling Loud 2017!

And if you aren’t yet familiar, Rolling Loud will take place next month at Miami’s Bayfront Park from May 5th through the 7th. The festival is all ages and rain or shine, and no matter what the conditions Rolling Loud is the place to be next month.

So while anyone can enjoy Rolling Loud, whether stone cold sober or a rolling loud stoner, we are celebrating 4/20 with music, by sharing our 10 Most Anticipated Performers for Rolling Loud!

From The xx to U2, there are already a ton of amazing tours scheduled for 2017. But needless to say, there are still a ton of potential tours for the new year, that we are patiently awaiting their announcement. While we are certainly speculating that a number of these artists will go on tour in 2017, we have a hunch that a number of our predictions will come true.

Hit the jump and check out our list of the 10 Tour Announcements We’re Patiently Waiting for in 2017!