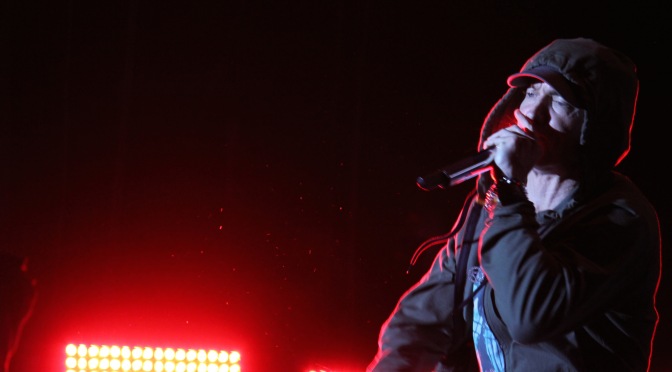 The rap battle scene is making a comeback, so last night we sent one of our writers to The Shelter club in Detroit to check out some of the area’s top underground MCs. Taking home the “W” last night was Detroit native (8 Mile to be specific) Jimmy Smith, who also goes by the rap name of B-Rabbit. The kid is white, but don’t let that fool you, he has some serious skills. A bold claim, but don’t be surprised if this guy grows into the greatest rapper of all time (you heard it here first). And because of his skills, we caught up with B-Rabbit after rocking The Shelter to get his story and talk about his big win last night.

Check out our exclusive interview with B-Rabbit below, as well as a video of some of his battles from last night.

END_OF_DOCUMENT_TOKEN_TO_BE_REPLACED 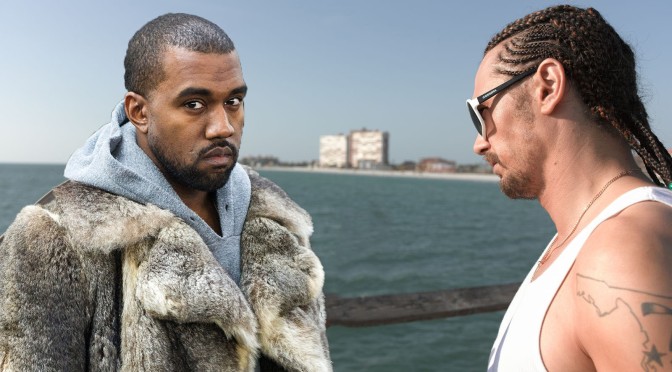 You may know him from his feud with Riff Raff, where Jody Highroller accused him of copying his style, you also may know him because many think he looks like a ghetto James Franco. But no matter how you were first introduced to Florida rapper Alien, he just scored a huge name for his upcoming album Hangin’ With Da Dopeboys, named after his lead single of the same name.

According to sources, Kanye West will executively produce Alien’s forthcoming LP. “Seth Rogen told me you have to check out this guy Alien,” said Kanye. “Ever since then, it was Bound 2 happen.” Kanye is also set to provide a couple verses to the album, now joining ‘Freaks and Geeks’ rapper Childish Gambino on the LP. While we don’t normally condone actors who try rapping, Gambino should still be a good fit. You can expect Alien’s highly anticipated project sometime this year, and if you’re headed down to Florida anytime soon, be sure to catch one his performances on your Spring Break.

Watch some behind the seen footage of Alien’s day-to-day life below!

END_OF_DOCUMENT_TOKEN_TO_BE_REPLACED 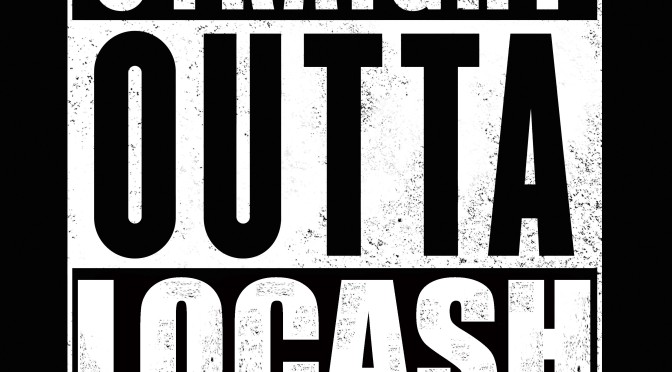 The cast for the upcoming CB4 biopic was revealed today, and it is already causing a fair amount of controversy. For our younger readers, CB4 was the premiere gangster rap group from the 90s, which consists of MC Gusto, Dead Mike and Stab Master Arson. Why the name CB4? Because these three Southern California gangster met while under custody in the prison block, Cell Block 4. The upcoming film, titled “Straight Outta Locash” after CB4’s hit single of the same name, will hit theaters everywhere this summer on August 1st.

Likely causing the most controversy is the casting of CB4’s Stab Master Arson, who reportedly will be portrayed by family friendly Are We There Yet? actor Ice Cube. The name “Stab Master Arson” says it all, and going with such a safe and conservative choice (i.e. someone who starred alongside Keke Palmer) doesn’t seem like the right fit. “I just can’t picture Ice Cube being in a gangster rap group.” said one fan on Twitter.

While the casting of the other members, MC Gusto and Dead Mike, are also being met with backlash, they are controversial for different reasons. Many believe that the movie studio simply casted a light skin version of Gusto to appeal to a white audience. Playing the role of CB4 frontman MC Gusto will be Think Like a Man actor, Michael Ealy. “He has blue eyes for God’s sake” tweeted one fan. The studio’s only good pick was casting comedian Hannibal Buress, after the success of his set during Comedy Central‘s Justin Bieber Roast. Although some believe that Buress’ anti-rape views aren’t gangster and rapey enough to portray the Locash rapper.

END_OF_DOCUMENT_TOKEN_TO_BE_REPLACED 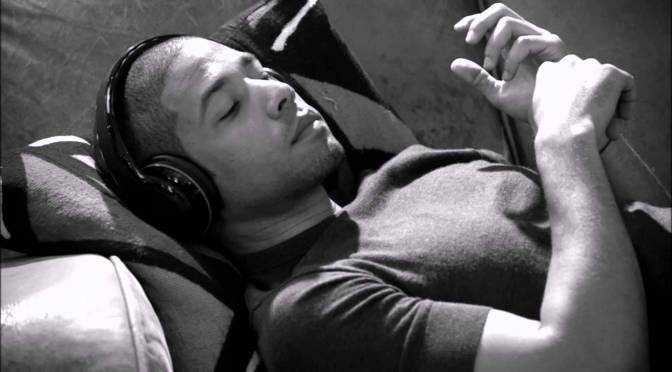 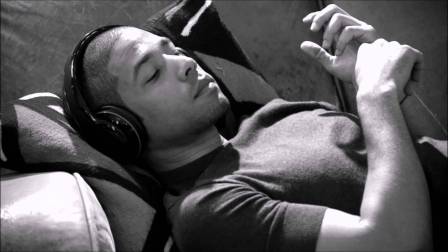 Rapper Lucious Lyon, arguably the greatest rapper of all-time, is known for his truly humble beginnings and his gangsta lifestyle. His sons, Jamal and Hakeem, share their father’s passion for music (and possibly his Empire one day) but they also differ in multiple ways. And one of the ways Jamal Lyon differs from his father was revealed last night, and through a remake of his father’s hit record ‘You’re So Beautiful’.

While covering his father’s classic Lyon’s Roar track, the singer-songwriter changed the lyrics to:

“This the kind of song that makes a man love a man.”

You read it right, a big move for the hip-hop and R&B community, Jamal Lyon came out as gay. And before his memorable performance, Jamal quoted his father and told the crowd “The most brilliant man that I know told me that ‘music is the truth.’ I’m honoroed tonight to use his music to explain to you all some of my truths.” Well done, Jamal.

END_OF_DOCUMENT_TOKEN_TO_BE_REPLACED 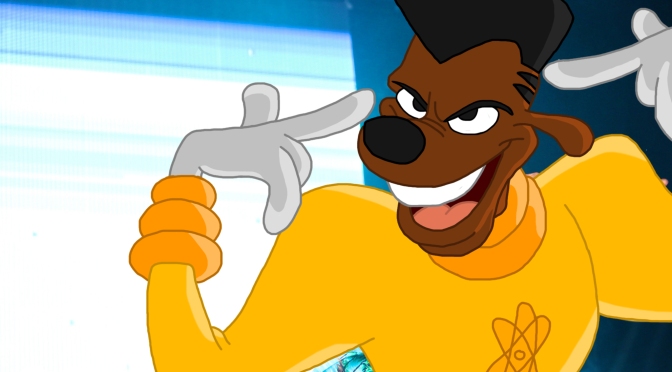 Last night The Early Registration traveled to California to catch the Los Angeles date on Powerline’s 2015 tour. Of course you know Powerline is the biggest name is pop music today, so we could not have been more excited to see him live. Also, now with Zayn Malik’s departure from One Direction, Powerline’s star status will only grow more-and-more. And yeah, sure, we could have caught the performance on Pay-Per-View (that’s how big Powerline is), but why not be there in person?

Check out our concert review and some footage from the performance below!

END_OF_DOCUMENT_TOKEN_TO_BE_REPLACED 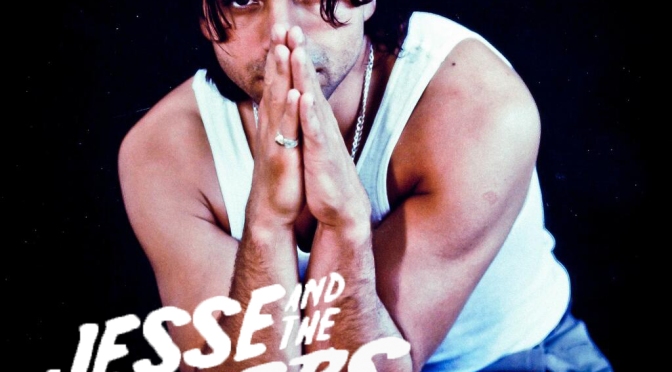 Today marks the re-release of arguably the greatest album of all time, Jesse and the Ripper’s debut LP Forever, originally released via Fat Fish Records over two decades ago. Originally under-appreciated and misunderstood upon its release (it only reached the number one spot abroad in Japan), the Bay Area natives changed music forever with this project. Lead by San Francisco native Jesse Katsopolis, Jesse and the Rippers today top the discussion of the greatest rock group of all time, perhaps only in the conversation with the likes of The Beatles and The Rolling Stones. So when soft rock fans everywhere learned that Jay-Z’s new streaming service TIDAL would exclusively host the re-release of Forever, and in lossless FLAC CD quality, Jay-Z and listeners everywhere benefited as fans rushed to subscribe to the new Spotify competitor. And with three brand new tracks and a stellar re-mastering, Jesse’s Forever has a second chance to get the acclaimed reviews that it deserves.