Jamie xx’s album was bred to be an indie sleeper hit with plenty of critical acclaim, but Good Times flips the script and enters him into the running for being responsible for one of the best hip-hop songs of the year. Inspired by coming to New York and wanting to make a hit like the ones he would hear on stations like Hot97, Jamie attached Popcaan to his colourful, dancehall-inspired beat and then threw the ball to Young Thug. THugger delivers what is probably his most poignant performances of the year by offering his weird as fuck metaphors (“imma ride in that pussy like a stroller”, for instance) and his unparalleled knack for flow and bouncing along beats and tempos. It was the perfect, ingenious marriage between the vibrant sounds of the island and the gutter words of Atlanta’s finest—all curated by an English dude behind the boards.  – Vikash Dass

Alessia Cara is the best thing that happened to pop music this year. In a genre where artists see success for making catchy records, often regardless of the message, the young Canadian singer made an anthem for introverts everywhere. While everyone wants to be the life of the party (or so they claim), Cara takes a new perspective that most people may be afraid to admit that they relate to. In ‘Here’, Cara introduces fans to hear amazing voice while telling a story of a party, one where she felt she didn’t have a place. If you’ve ever been to a party, club, or any social setting, that is the “cool place” to be, yet you would just rather be home and kick it with a few friends, ‘Here’ is the song for you. – Dan Garcia 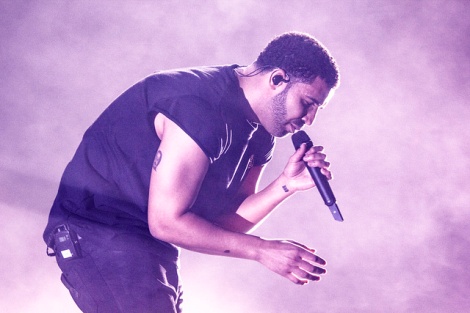 Album: If You’re Reading This, It’s Too Late

Let’s face a simple fact—Drake IS Toronto. He embodies everything about the city, and name-drops his birthplace in almost every song he creates or is featured in. However, Drake had never quite crafted an anthem for the city the way Jay Z was able to do with ‘Empire State Of Mind’, or the way 2Pac was able to do with ‘California Love’. In 2015, this changed. The new hip-hop and culture capital of the world got it’s own banger of an anthem with an eerie, piano based intro sequence with Drake rapping at half-speed—all before building up into the climax and easily the most recognizable drops of the year. If you had the pleasure of seeing Drake move a crowd of tens of thousands with this jam, you understand it’s power and it’s force. It was the song that made everybody wanna run thru the six with their woes, and then have them immediately question what that fucking meant. “Shaky Warrior!” – Vikash Dass

Album: To Pimp a Butterfly

Kendrick Lamar’s music video, which was more like a short film, for his To Pimp a Butterfly record, ‘Alright’, was one of the best videos of the year and that’s only because it needed to be amazing to do the record justice. No pun intended when we say “justice” either, because that word is certainly one of many themes of ‘Alright’ and Kendrick’s sophomore LP as a whole. “As long as God got us, then we gon’ be alright,” sings Lamar in ‘Alright’. With such powerful lyrics, over a Pharrel produced track that was almost a Fabolous song (which wouldn’t have been nearly as successful), ‘Alright’ has become an anthem for Black Lives Matter protesters everywhere. But you don’t have to join the fight to like this one, because no matter who you are, what you believe in, this record is relatable and you can’t deny the influence of Kendrick Lamar and this record. – Dan Garcia 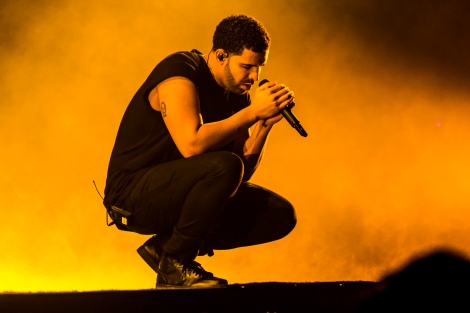 Whether we are laughing with it or at it, there is no denying that the visuals for Drake’s ‘Hotline Bling’ were a viral hit and that the record itself was and is equally successful. Drake took inspiration from D.R.A.M.’s ‘Cha Cha’, put his own twist on it, and the song exploded. A plethora of major artists have their own ‘Hotline Bling’ covers, the song has been stuck in everyone’s head at one point or another, the track got snubbed for a Grammy due to a clerical error by Drizzy’s label, and the funny thing is, the record is just one of many 2015 Drake tracks that are arguably the song of the year. While a ton of artists had an amazing year, did anyone have a better 2015 than the 6 God? No way…  – Dan Garcia