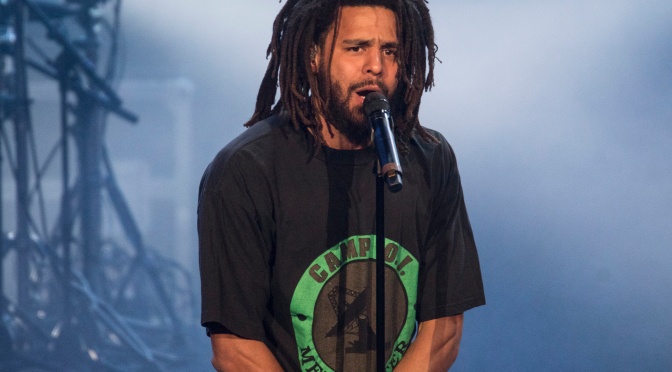 J. Cole’s Dreamville Festival is returning to North Carolina, a few years after it’s inaugural year, and the lineup is already one of the best in 2022.

This is definitely not a festival that you’ll want to miss as the J. Cole curated music festival will feature performances from Lil Baby, Kehlani, Lil Wayne, T.I., Bia, Earthgang, J.I.D., Wale, T-Pain and of course Cole himself.

The festival will take place on April 2nd and the 3rd at Raleigh’s beautiful Dorothea Dix Park, the city’s largest city park with over 300 acres of greenspace. Fans can visit the Dreamville Festival website for tickets and more information.

Check out the official lineup poster for the 2022 Dreamville Festival below.

END_OF_DOCUMENT_TOKEN_TO_BE_REPLACED 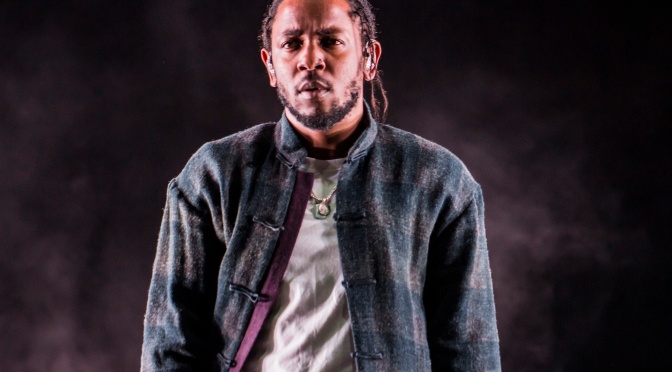 Headlining Rolling Loud this year will be Ye (Kanye West), Future and Kendrick Lamar; but the fun doesn’t stop there as the undercard is stacked with artists who would otherwise be headliners at most music festivals like Lil Uzi Vert, Lil Baby, Dababy, Playboi Carti, Lil Durk and more. Other rappers set to perform include 2 Chainz, Three 6 Mafia, Saweetie, Gunna, Gucci Mane, City Girls, Soulja Boy, Kodak Black, Baby Keem and Trippie Redd, to name a few.

END_OF_DOCUMENT_TOKEN_TO_BE_REPLACED 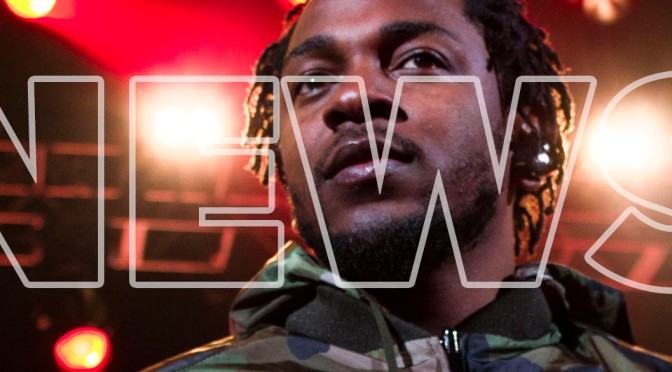 Philadelphia’s Made In America Festival just added a big-time headliner to its already great lineup. Joining Nicki Minaj, Post Malone, Meek Mill and more, will be none other than Kendrick Lamar!

Described as a “very special set”, you will not want to miss out on Kung Fu Kenny’s big performance at Philadelphia’s Benjamin Parkway on Labor Day Weekend. So get your tickets now while you still can at Made In America’s official website.

Check out Made In America’s announcement on Twitter below.

END_OF_DOCUMENT_TOKEN_TO_BE_REPLACED 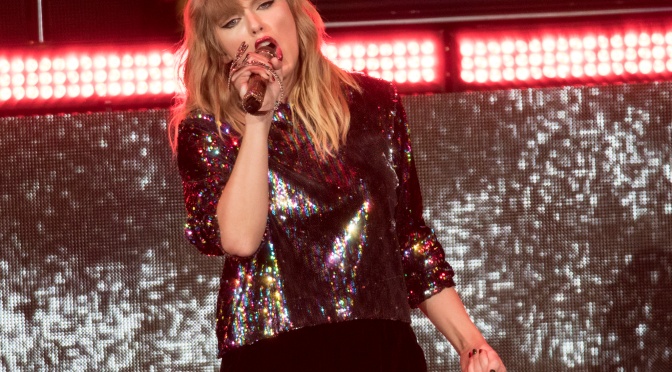 With Lollapalooza still a couple months away, Chicago has a slew of A-list concerts to kick off the summer until one of the world’s best music festivals returns. With shows from Taylor Swift, Kendrick Lamar, Post Malone, Diana Ross and many more, Windy City music fans will have plenty of opportunities to see some amazing live music this June.

Check out our list of the 10 can’t miss concerts in Chicago next month!

END_OF_DOCUMENT_TOKEN_TO_BE_REPLACED

Top Dawg Entertainment (TDE) is on top of the world right now. With superstar names like Kendrick Lamar and SZA and exciting emerging artists like SiR and Lance Skiiwalker, TDE is owning the rap game.

So fans today were excited to learn that TDE will bring it’s all-star roster to a city near your for The Championship Tour. With Kendrick Lamar, Schoolboy Q, Jay Rock, SZA, Ab-Soul, SiR and Lance Skiiwalker, the tour will kick off on May 4th in Vancouver and will make stops in Oakland, Chicago, Houston, New York and more, until the North American tour concludes on June 16th in Pittsburgh.

Tickets will go on-sale to the general public on Friday, January 26th at 12:00PM (local time), with an AMEX pre-sale beginning on Tuesday.

Check out the tour dates for TDE’s The Championship Tour below.

END_OF_DOCUMENT_TOKEN_TO_BE_REPLACED 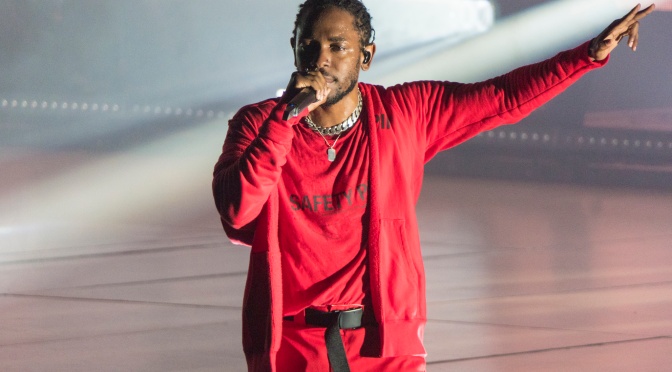 To no one’s surprise, Kendrick Lamar killed it on night two of his Chicago stops on The DAMN. Tour. With support from D.R.A.M. and YG, the man of the night returned to the house that Michael Jordan made famous, and put on a show that the city will not soon forget.

Check out our photos from tonight’s performance below, and read our full review from the tour stop here.

END_OF_DOCUMENT_TOKEN_TO_BE_REPLACED

Kung Fu Kenny earned his black belt (or whichever color belt is highest) last night, as The DAMN. Tour returned to the United Center in Chicago. Marking Kendrick’s second Windy City stop in the past month, Lamar matched the energy levels and vibes from Night 1 in Chicago by delivering an amazing performance. And with supporting sets from ‘Broccoli’ rapper/singer D.R.A.M. and YG, Sunday night was bound to be another memorable one.

After fans were treated to great sets from D.R.A.M. and YG, it was time for King Kendrick to bless his Kingdom. With a retro karate themed video to anticipate his entrance, Kendrick greeted the crowd under his Kung Fu Kenny alias, fighting off a sword yielding ninja as Lamar rapped his DAMN. track, ‘DNA.’.

Throughout the night, Kendrick switched off between tracks from his newest studio LP, where the tour gets its name, with a number of his best tracks throughout his entire catalog. Whether the crowd was singing along to ‘Money Trees’ or Kendrick’s remix to Future’s hit single ‘Mask Off’, Kendrick’s fans new every word from start to finish.

And when Kendrick wasn’t rapping one of his best tracks, he was taking time to become one with his audience. Kendrick was fittingly humble as he spoke about his hoop dreams, growing up in Compton and idolizing Michael Jordan, who of course gave the United Center so many great moments throughout the years. And while Kendrick Lamar won’t ever score a triple double in the UC, since he stopped growing at 5’6″ (which he reminded the crowd), there aren’t a lot of rappers who can do two amazing nights at the historic stadium in just a span of one month.

Highlights of Kendrick Lamar’s set included his performances at the B-stage, which sat in the middle of the arena floor and raised to the sky, which added some pop to his strategically minimal stage design. But the climax of the night came as Kendrick went back-to-back with his hit single, ‘HUMBLE.’. Letting the crowd take the lead the first time around, rapping the track a cappella throughout the arena, but Kendrick took things over for the second performance of the single, giving a great ending to an already memorable night. And if that wasn’t enough, Kendrick treated fans to an encore performance of one of his favorite records from the new LP, ‘GOD.’.

Throughout the night Kendrick Lamar reminded the crowd of his love for Chicago. Raised in Compton by parents from Chicago, Kendrick calls California home but Chicago is very much so in his DNA, and last night was evidence of just that.

Check out the remaining dates on Kendrick Lamar’s DAMN. Tour at his official website and peep last night’s set list below.

To complement his forthcoming tour with Travis Scott and D.R.A.M., Kendrick Lamar will welcome fans to join the tour for a number of pop-up shops throughout the country.

With the tour kicking off in just a couple days, The DAMN. Tour pop-up shops are currently scheduled for appearances in Chicago, Los Angeles, New York, Las Vegas, Miami, Boston and more. Whether you already have your tickets for the anticipated summer tour, or you just want your shot at some exclusive merch, you should definitely stop at one of the pop-up shops in a city near you.

Check out the dates and locations for the DAMN. pop-up shops at thedamnpopup.com. 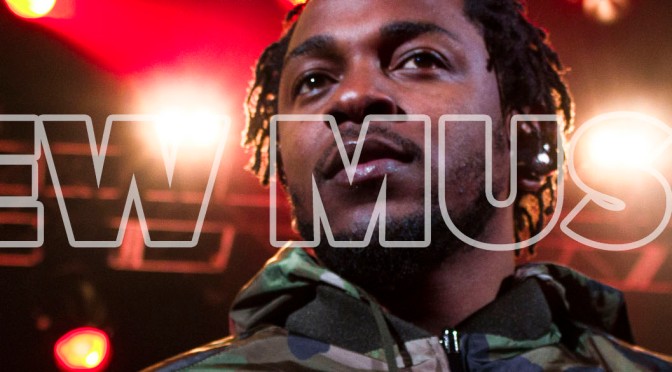 To no one’s surprise Kendrick Lamar has dropped another amazing music video, this time for his DAMN. track, ‘ELEMENT.’. Following his visuals for ‘HUMBLE.’ and ‘DNA.’, which featured actor Don Cheadle, Kung Fu Kenny again has displayed some power images in his videos.

Kendrick Lamar’s fourth studio album, DAMN., is available now everywhere, and is poised to be one of the best rap releases of the year and likely a Grammy Rap Album of the Year contender.

END_OF_DOCUMENT_TOKEN_TO_BE_REPLACED

After performing the track together for thousands at Coachella, the official Kendrick Lamar-assisted remix to Future’s hit single ‘Mask Off’ has been released for fans. Still with it’s original production from Metro Boomin, the ‘Mask Off’ remix features a showstopping fast paced verse from K Dot.

With both rappers on the verge of their big summer tours, there will be a lot of opportunities to hear ‘Mask Off’ live, even if the two elite rappers don’t perform the track on-stage together again.

Stream the official “Mask Off” remix below.