Texas based rapper Kevin Abstract is busier than ever. After premiering his group BROCKHAMPTON’s single on Ebro Darden’s Beats 1 radio show earlier this week, he performed with Allan Kingdom, London O’Connor and Well$ at Pigeons & Planes’ #NoCeilingsNY show last night in Brooklyn. Now, the BH track “Dirt” has officially released as a one off on Fool’s Gold Records. The video for the record is set premiere on MTV sometime in September.

On the track, Kevin, Matt Champion, Ameer Van, Dom Mclennon and Merlyn Wood rap about southern culture over grimy, thumping production. The song is the 3rd release from BROCKHAMPTON since they disbanded AliveSinceForever earlier this year and rebranded themselves. As someone that’s been following Kevin’s career for years now, it’s extremely exciting to watch him and his friends climb closer and closer to mainstream success.

Will Lampley bought Nelly’s SweatSuit CD when he was in the 3rd grade because he really liked Paul Wall’s verse on “Grillz”. Follow him @willcDPR.

New Jersey native Fetty Wap is living the dream. As he states in the new promo video for his album, “Last year I didn’t have an address… Now I have 5 addresses”. Avoiding the trap that has plagued Lil Durk, Migos and many other urban artists that popped recently, record label 300 has got to work to release Fetty Wap’s self-titled debut album on September 25th. In promotion of the project that currently has 3 #10 singles, Fetty has released the cover art and a freestyle over Future’s 56 Nights cut “Trap Niggas”. Fetty’s freestyle gives the song a new energy, with him even doing melodic runs towards the end.

Will Lampley isn’t a Remy Boy. Follow him @willcDPR.

Tyler, the Creator is no stranger to controversy. After he was denied a visa to enter Australia earlier this month, the California based artist has been vocal about his displeasure with the ban he’s received. Now, according to Tyler’s manager Christian Clancy, he’s been banned from entering the UK “for somewhere between three to five years per a letter from the Secretary of State for the Home Department of the United Kingdom”. The ban has hit Tyler and his fans in an even harsher way, as he’s had to cancel a string of shows across the country. The cause of the ban is controversial in itself, being that it was due to his lyrics from up to six years ago on his debut project Bastard and his 2011 album Goblin.

Though he hasn’t returned to the violent subject material of those albums in about four years, he’s still being punished for them. As Clancy has stated, this situation highlights an issue of free speech being restricted for unfounded reasons.

Tyler won’t be back in the UK for a while, but you can catch him on tour in the US with A$AP Rocky, Danny Brown and Vince Staples. Tickets are available at rockyandtyler.com.

Today, Young Thug affiliate MPA Duke released his new mixtape Lil Duke. One of the standout tracks on the project is the Travi$ Scott featured cut “On My Vibe”. The two southern artists share bars over the smooth instrumental produced by Scott. The record is assumed to give listeners a taste into the sound of Travi$’ debut album Rodeo (releasing September 4th).

Stream the new record below. END_OF_DOCUMENT_TOKEN_TO_BE_REPLACED

After releasing his Galore EP earlier this year, which mostly consisted of cuts that didn’t make his upcoming album, Houston artist Z-Wells has returned with the first official “Numbers”. Over vibrant production, Wells raps about the common equalizer: money. While the subject matter is nothing new, his delivery is. His diverse flows and witty punchlines make the song one of my favorites of the year. Stream “Numbers” below and enjoy the rest of your summer bumping this song.

END_OF_DOCUMENT_TOKEN_TO_BE_REPLACED

Atlanta’s Hundo joined forces with the Cleveland production duo Lumière to create the 3 song collaborative EP Understood. The project plays out as a 10 minute mix, including songs featuring Hundo’s vocals and instrumental interludes.

Stream the EP below.

END_OF_DOCUMENT_TOKEN_TO_BE_REPLACED 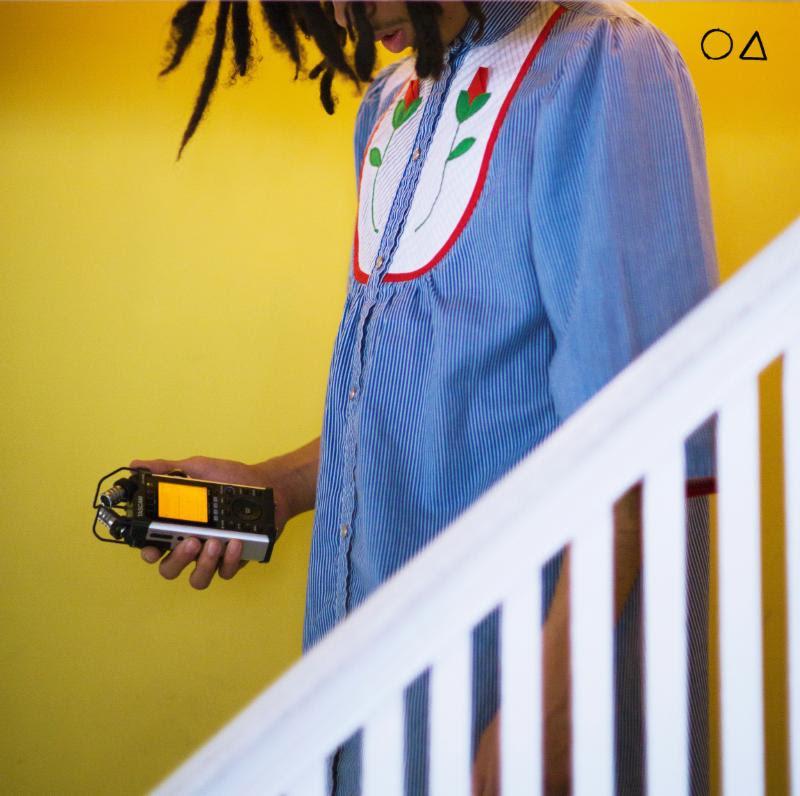 London O’Connor isn’t the average rapper. Continuing to push the boundaries of the perception of Hip-Hop’s sound, along with buddies Kevin Abstract and BROCKHAMPTON, London focuses the album’s sound towards warm palettes, creating a comforting soundscape. He produced the album entirely on his own and continues to prove the possibilities are endless for a 2015 “bedroom”, artist as Kevin puts it.

Stream  O∆ at the link below.

END_OF_DOCUMENT_TOKEN_TO_BE_REPLACED 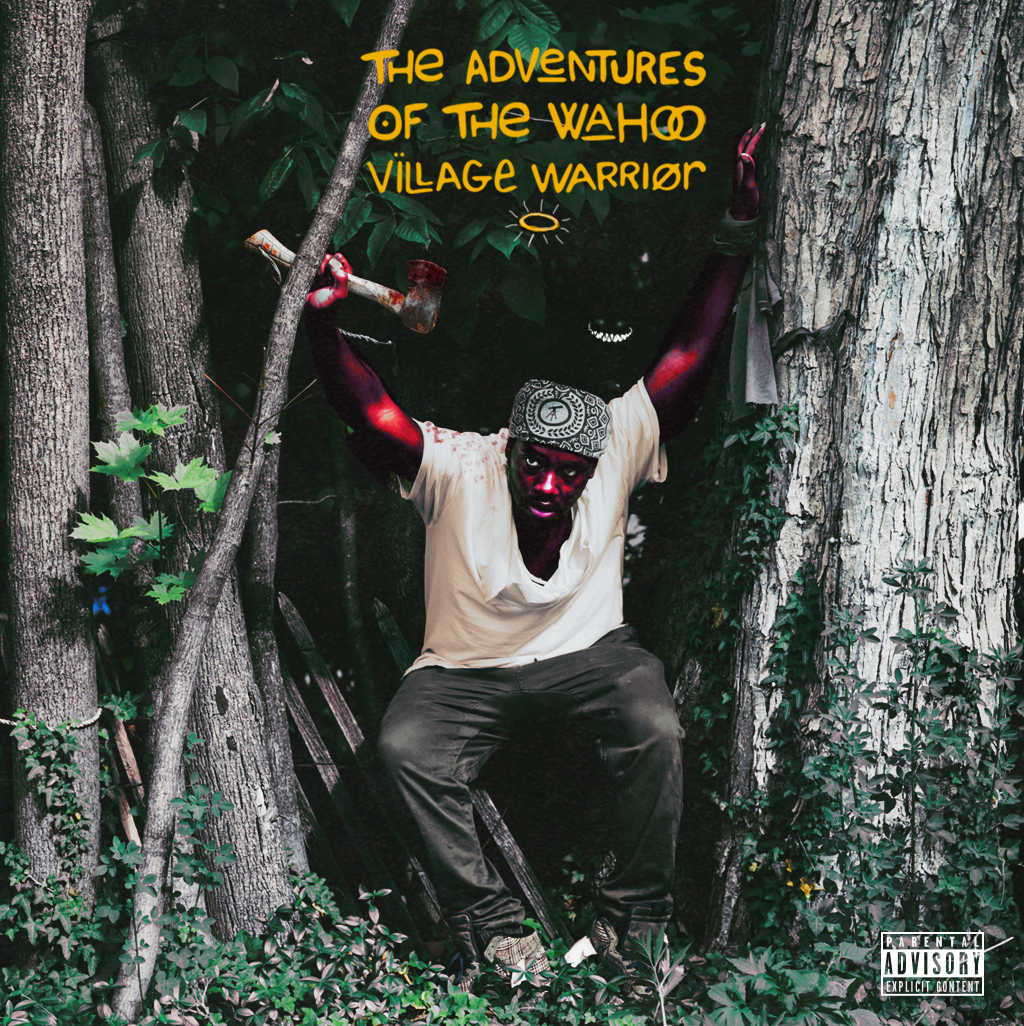 Past TER interviewee Tae Miles has returned with his latest full length project The Adventures of the Wahoo Village Warrior. When I last spoke to Tae, he told me that the project would be “AMAZING”. He definitely hasn’t disappointed. TAOWW includes features from fellow Cleveland artists Ezzy and Lorine Chia, among others. Stream the album at the link below.

Will Lampley is a fan of Tae Miles. Follow him @willcDPR.

Cleveland rapper Shawn K has channeled his inner Jimmi in the new video for his previously released record “Hendrix”. The Jeff Ding shot visual shows him in various areas of his city, expressing his lyrics emotively from a residential neighborhood to an abandoned church.

Watch the video below.

Will Lampley is also from Cleveland. Follow him @willcDPR.

Chicago rapper/producer/singer Supa Bwe is unstoppable. The other day, Mick Jenkins revealed that they have an entire EP together. But besides that, he’s prepping the release of his new mixtape with Hurt Everybody, releasing music videos and collaborating with Twista and Alex Wiley and today he’s decided to gift fans with a new project. He’s back with even more swagger and ideas that flesh out into only 2 tracks to form the quick, imaginative EP Dead Again.

Listen to the project below.