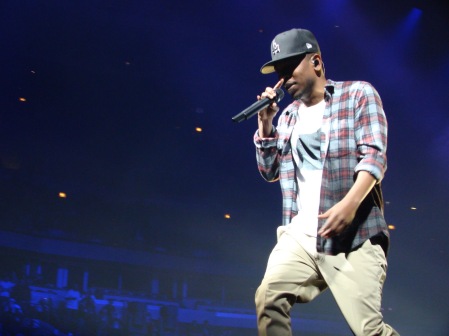 One day after winning two Grammys for his debut single ‘i’, from his forthcoming second studio album, Kendrick Lamar is back with a new fiery record. Over a gritty Boi-1da beat, he spits three vicious verses, addressing his own hypocrisy,  culture vultures, and the death of Trayvon Martin. He also shares the hook with Jamaican dancehall artist Assassin (you may recognize him from Kanye West’s 2013 album Yeezus). After the third verse, the record shifts into a smooth jazz melody crafted by frequent TDE collaborator Terrace Martin, along with what appears to be James Fauntleroy and a female vocalist. Kendrick’s next move sonically for his upcoming album is still unknown, but he’s now proven that he’s still musically ambitious and fearless on the mic, so the results should be fantastic.