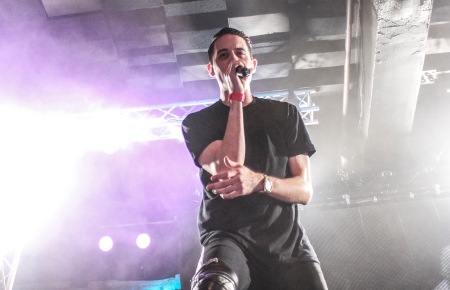 In 2015, if you are a rapper and you have zero internet presence, you won’t make it, its that simple. YouTube, Vevo, Twitter, Instagram, Facebook… these are just a few things a rapper needs for relevancy. So it is no surprise that some rappers owe a great debt to the Internet and certainly some rappers more than others have utilized the world wide web to build their fan base. Of course there are others, but when I think of rappers that truly win at the Internet, I think of artists like Lil B, G-Eazy and Watsky, for a number of different reasons. And what do these rappers all have in common? Coincidentally (or perhaps not) they all are from the Bay Area.

No one utilizes the Internet better than “The Based God” Lil B. During his come up, Lil B made over a hundred different MySpace accounts to promote his music. Lil B will also tell you that he is the first person ever to follow over a million people on Twitter. And he certainly stays active on Twitter (and Instagram) too, as he is consistently sharing fan pictures and giving some nice quotables and memes to his followers on a daily basis. Also, although all rappers share mixtapes online, has anyone other than Lil B uploaded a 676 track mixtape? Sure, a live performance from The Based God is rare, but he still has over 50 million views on his YouTube page. He constantly shows love for blogs and threads and did we mention his cooking dance is a viral sensation? Hate him or love him, no rapper utilizes the Internet as much or as well as Lil B, and if not for the Internet it is certainly possible that none of us would know who Lil B is. With no help from major labels, Lil B made a name for him self solely by way of his online presence.

G-Eazy is another rapper who posted music on a MySpace page in his beginnings as a rapper. Through a $150 microphone and a free Internet program G-Eazy released music on the web but he really started to take his Internet presence to the next level as a student at Loyola University in New Orleans. There he majored in music industry studies and decided that putting free music on the Internet was key in building a solid fan base. “You have an entire generation of kids who grew up with the idea that music is something that you can download for free,” G-Eazy explains. It paid off too as his 2011 ‘Runaway Sue’ video, off his free mixtape The Endless Summer went viral (which played a huge rule in his starting fan base). He has described himself as an “Internet rapper” but the ‘Tumblr Girls’ rapper is definitely not your average Internet rapper.

Another Bay Area rapper who gets the most out of the Internet is George Watsky, or “Watsky”. Watsky, like G-Eazy, also saw his fan base surge through a viral video. However, as G-Eazy had a music video go viral, Watsky went viral for slightly different reasons. Watsky went viral through his humorous fast rapping and low-production video titled “Pale Kid Raps Fast“, a title where you can just tell that Watsky wanted the video to blow up. Although the video took off and reached over 10 million views in a short time and landed George a spot on The Ellen Show, Watsky has since took down the video as he didn’t want to be pigeon holed into the fast rapper category. And not only has Watsky released mixtapes online for free like many rappers before him, but he has offered albums online for free (giving fans the opportunity to donate whatever they wish for the album). His YouTube approach is also especially unique, as his high production videos are widely popular and gather millions of views, but yet Watsky has opted-out of the option to monetize off ads on his videos. Another rapper who truly made the most out of the Internet, and another rapper from the Bay.

So is it a coincidence that these three rappers are three of the biggest names from the Bay Area right now, and all three are known for their use of the Internet? Maybe, but I don’t think so. Is there something in the water, then? Actually… kind of. The Bay Area, which refers to the greater San Francisco area of Northern California, includes Silicon Valley in its southern reaches, which is the technological hub of the world. Thousands of technological companies are headquarted in the Silicon Valley, including Apple, Facebook, Google, Intel, Yahoo! and Twitter, just to name a few. So what, right? Well, you know how the Bay has a large gay population? Well then it is no surprise that the area is known for being very liberal and accepting. So it should also be no surprise that the kids that grew up in the Internet hub of the world made the most of the web in helping launch their careers.

Coincidence or do Bay Area rappers really know how to utilize the web? Let us know on Twitter (@theearlyreg).