Little Dragon saw their first big emergence into the music world in 2009, but put out their best album this year. Following their 2011 album Ritual Union, which was received mixed reviews, Nabuma Rubberband will certainly make many year end lists come December. If you liked Lykke Li’s new album, you will also like Nabuma Rubberband (and vica versa). Little Dragon is a great band to see live, but this album is definitely a great work to give a personal listen.

Piñata, the Freddie Gibbs and Madlib collaborative album, is the year’s second best collaborative project. Piñata is where the Midwest meets the West Coast, as Indiana’s Gibbs and California’s Madlib combined to make a great rap album. While Gibbs and Madlib provide a lot to the album, they also know how to recruit a team of rap’s best to help out, as the album also features Earl Sweatshirt, Danny Brown, Raekwon, Ab-Soul, BJ the Chicago Kid, Cassie Veggies, Mac Miller and more. The album has received critical acclaim and it could not be more deserving, as they followed their three EP’s from years before to put out an amazing album in 2014. 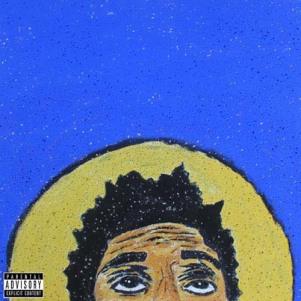 Once in a blue moon, there comes a point where a generational talent comes along that can’t help but be recognized and establishes themselves as it’s own powerful, musical entity. With a promising debut project, Indigo Child, young Atlanta-based artist Raury might embody just that. In a sense, Indigo Child is everything 2014 was lacking up until its release; new, inspired sounds with a fresh prospective and fusion of sonics that has potential for both mass appeal and acclaim. This project isn’t perfect, but it doesn’t need to be. As a debut for a previously unknown artist, it is a great introduction and first chapter to the enigma of Raury, and truly feels like the set up for the dunk. After soaking in the glorious, ear-shredding guitar solo of the final track, “Seven Suns”, Raury boldly proclaims himself “I believe the world is in my hands” among a mantra of other empowering statements, making it seem as though his mind state and his talent is in perfect harmony. Indigo Child feels like it’s only the tip of the iceberg for Raury, and as good as his first impression was, we can’t wait to find out what’s next.

Who would have thought the party-favourite ScHoolBoy Q would turn from being just a TDE hypeman to their most commercially successful rapper in the span of three years? Oxymoron stands as the pinnacle of this transition, reflecting many angles of his real story of being a legitimate gang-banging, oxycontin-slanging Hoover-crip, all while being a jiggy, groovy, humorous party-animal at heart. Littered with street-anthems and turn-up smashes, Q successfully crafted an album that illuminated every facet he could possibly bring. Ultimately, though, the highlights of the album served as being some shit that makes you wanna pull a ski-mask over your face and do some things your parents would not be proud of. Nonetheless, we’re proud of you, Q.

British-Columbian and ultimate weirdo Mac Demarco’s second studio album Salad Days was yet another gleaming moment for music in 2014, as expected. Mac has proven project after project why his strange mixture of folk, psychedelia and lo-fi music in general is the perfect medium to fully shape and craft all the weird, beautiful angles of himself. The writing on the album is impeccable, being joyous and infectious in tracks like “Blue Boy”, while also being emotionally withering and isolating in beautiful trips like “Chamber of Reflection”. Mac Demarco on Salad Days feels beat-up, struck down and defeated, but still able to crack a smile.