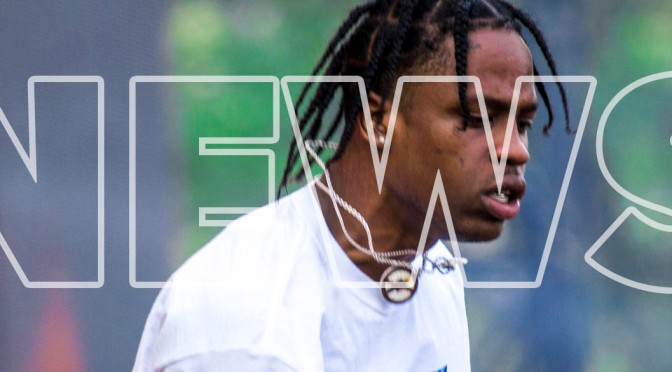 Earlier today, Rose Presents and Rhymesayers Entertainment have announced the lineup for the big 10th Anniversary of the Soundset Festival. Headlining the Minnesota festival this year will be GOOD Music’s Travis Scott and Minnesota’s own, Travis Scott. Ms. Lauryn Hill is also scheduled to make a very special performance for Soundset.

Check out Soundset‘s 2017 lineup below.

END_OF_DOCUMENT_TOKEN_TO_BE_REPLACED 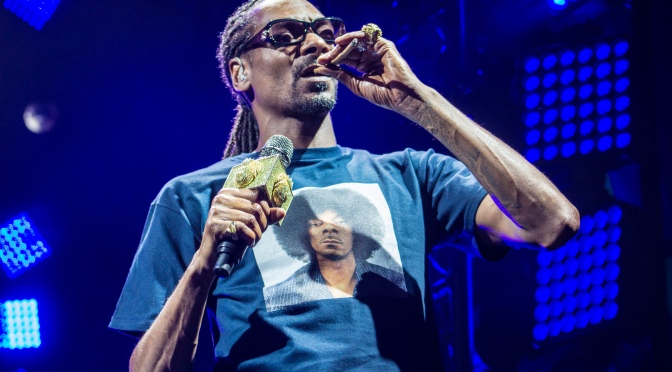 Minutes ago, rapper and notorious tokers Snoop Dogg & Wiz Khalifa packed the Hollywood Casino Amphitheatre in Tinley Park, IL. Dubbed “The High Road” Tour, not only did Wiz and Snoop bring two of the biggest weed advocates in music to Chicago (2nd and 3rd to maybe Willie Nelson), but they brought some great supporting acts, including the lovely and talented Jhene Aiko, Kevin Gates, Casey Veggies and DJ Drama. Top to bottom, the crowd was in for a memorable night from the very beginning.

With DJ Drama keeping the crowd live between sets, up first for the night was ‘Backflip’ rapper, Casey Veggies. Originally known for his affiliation with the Tyler The Creator-led collective, Odd Future, Casey has been all about his solo career for quite sometime now, and has been recently enjoying the success of his 2015 debut album, Live & Grow. With features from Dej Loaf, Tyler The Creator, YG, BJ The Chicago Kid and more, Veggies put out an impressive debut last year and tonight he performed a number of his records from his 2015 LP.

Following Veggies opening performance, the beautiful Jhene Aiko took stage for her Chicago fans. Your favorite rapper’s favorite guest singer, Jhene Aiko has laid down some memorable vocals for everyone from Childish Gambino and Big Sean to Drake, Omarion and many more. Most recently Aiko teamed up with Sean to form their duo, Twenty88, which came with an 8-track EP that released earlier this year. Don’t be under the impression though that Aiko only works best complementing the best rappers in the game, as her solo records are perhaps her best work. Tonight Aiko performed some of her best records, including ‘The Worst’ and ‘To Love & Die’, as well as other tracks from her debut EP, Sail Out, and her 2014 debut album, Souled Out. Aiko provides a nice change of pace from the rappers that takeover the tour’s lineup, but still provides a sound that rap fans across the board can enjoy.

Next up was ‘Really Really’ and ‘2 Phones’ rapper Kevin Gates, who brought performances from his 2015 debut, ISLAH’. Gates brought street rap straight from Louisana to Chicago tonight, and it was more than well received. With Snoop and Wiz’s headlining performance just minutes away, the crowd was ready to turn up the tempo and Gates got the amphitheatre off their seats.

And before fans had the opportunity to catch their breath after Gates turned up performance, it was time for Snoop Dogg to great his Windy City fans. Opening the solo portion of his set, Snoop Dogg started things on the highest note possible by blessing fans with performances of his classic records, including ‘Gin & Juice’ and ‘Nuthin’ But a G Thang’. And before you knew it, was time for Wiz to join Snoop on stage. If you’d expect two weed advocates like Snoop and Wiz to put on a slow paced and mellow performance together, you’d be greatly mistaken as the two performed together with especially high energy (no pun intended). While Snoop and Wiz both have casual and laid back personalities on-stage and off, their performance tonight was far from mellow, and gave fans everything they wanted and more.

Check out our photos from tonight’s stop on Merry Jane’s “The High Road” Tour below.

END_OF_DOCUMENT_TOKEN_TO_BE_REPLACED

If Wiz Khalifa and Snoop Dogg have two things in common, it’s their love for rap and their love for weed. So it was only right that the two go on tour this summer, and (pun intended) name it “The High Road” tour with Merry Jane as the sponsor. And if Wiz and Snoop weren’t reason enough to get excited for this one, they will have some great company on the road as the lovely Jhene Aiko and the always entertaining Kevin Gates and Casey Veggies will join them as very special guests.

The tour is set to kick off July 20th in West Palm Beach  and will make stops throughout North America, including Toronto, Chicago, New York and many more, until the tour concludes in early September. Pre-sale starts today with the code MERRYJANE, so get your tickets here while you still can.

Check out the tour dates for “The High Road” tour below.

END_OF_DOCUMENT_TOKEN_TO_BE_REPLACED

Check out Kevin Gates’ newest video, for his track ‘I Don’t Get Tired’ with August Aisina. Download his newest project Luca Brasi 2: A Gangsta Grillz Special Edition now on iTunes and check out the Jon J. directed video below.

END_OF_DOCUMENT_TOKEN_TO_BE_REPLACED

Tonight is the 2014 BET Hip-Hop Awards on October 14, and BET (in an odd move) has already released this year’s winners. See them all here!

END_OF_DOCUMENT_TOKEN_TO_BE_REPLACED

One of the highlights of the annual BET Awards is the cyphers, which have featured some of your favorite rappers from Kanye West and Big Sean to Chance the Rapper, Kendrick Lamar, and even the ‘Based God’ Lil B. Today BET released the cypher lineup for the 2014 BET Hip-Hop Awards on October 14.