Song of the Year

Record of the Year

Record of the Year, does differ from Song of the Year. Although in the Rap Category, the two are basically the same, very often the Grammys honor different winners for ROTY and SOTY. Last year Sam Smith’s ‘Stay With Me’ won both, however it wasn’t since 2012 that it had been done, and that was with Adele. For that reason, and because there is not a clear stand out favorite for SOTY and ROTY, we think that The Weeknd’s ‘Can’t Feel My Face’ will win Record of the Year. Unlike Song of the Year, Record of the Year places emphasis on the song’s finished product, the record itself. And while ‘Thinking Out Loud’ is a beautiful recording, ‘Can’t Feel My Face’ has a groove to it that hasn’t been heard since Michael Jackson. Expect that kind of recording to be rewarded next February, and if not, Swift or Sheeran will take home the trophy. 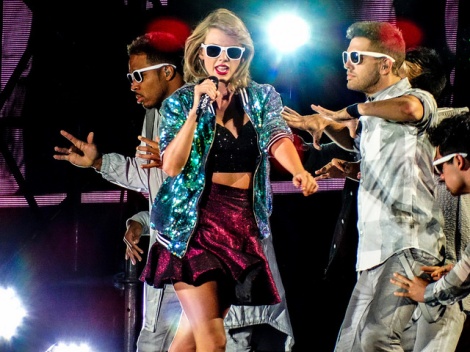 Album of the Year

We told you before, there is not another album like Taylor Swift’s 1989. Kendrick Lamar’s To Pimp a Butterfly is one of the best albums from 2015, if not the best. The Weeknd’s Beauty Behind the Madness had a bunch of hits. But Taylor Swift’s 1989 had what makes each of those two albums great, and then some. Like TPAB, Swift’s latest LP had a lot of critical acclaim. And like The Weeknd’s latest efforts, 1989 had a ton of commercial success in its singles. However with the enormous sales, the huge amount of spins that practically half of Taylor’s album got on the radio, and because it was so well received by the world’s top critics, 1989 almost has to win. Every album on the list deserves to win the award, but only one can take home the year’s biggest Grammy, and this year it will be Taylor Swift.

What picks did we get wrong? Tweet us at @theearlyreg.