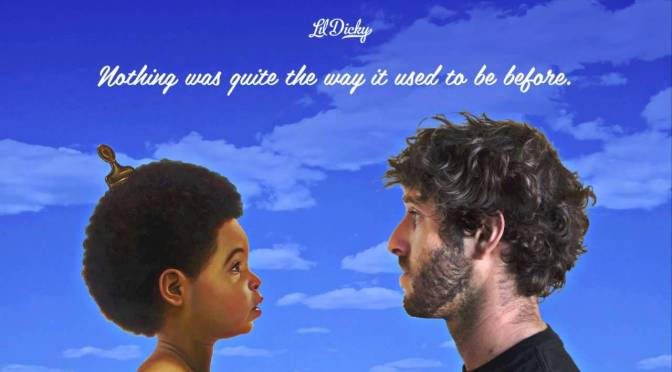 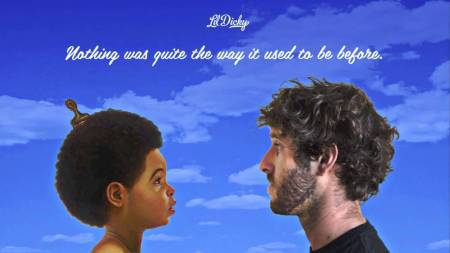 Lil Dicky hasn’t worked with a ton of artists as this point in his career, but a few months ago he did release a new song with Chicago’s Rockie Fresh and Michael Christmas. Their collaboration ‘Would You Believe That’ was produced by Stan Lane and you can check out the awesome track above!

Rockie on the other hand, has worked with quite a few artists. And like all great Chicago rappers do, he has combined talents with the city’s bests. Specifically, Rockie contributed a verse to Vic Mensa’s INNANETAPE. Their ‘Time Is Money Track’ was produced by Boi-1da and is just one of many great tracks on Vic’s solo debut.

Again, like all great Chicago rappers do, Kanye West is no stranger to working with fellow Chi-town rappers. Kanye did this on Yeezus with King Louie, and now he is doing it with his forthcoming album with Vic Mensa. Their new collaboration ‘Wolves’ is a track that you cannot sleep on. Inspired by a potential collaborative album between Kanye and Drake, we are still waiting for a CDQ version of ‘Wolves’ but you can still check out Ye, Vic and Sia perform the track on SNL’s 40th Anniversary Special. Watch out for more from Vic and Kanye as they were just in the studio with Mike Dean and Q-Tip working on Kanye anticipated track ‘All Day’.

We know Kanye and Drake have worked together a few times and we could end this whole piece in under 6 degrees, but that’s not as fun, so let us milk things a bit. Now Kanye doesn’t only put on rappers from Chicago, he supports young artists from all throughout the world. One of our favorite artists who got a huge Kanye co-sign is rapper producer Travis Scott. Although many of us first heard of Scott with his production and verse on Cruel Summer, check out his collaboration above with Kanye on Big Sean’s newest album Dark Sky Paradise, titled ‘All Your Fault’.

In anticipation of his forthcoming album Rodeo and his upcoming tour with Young Thug of the same name, Travis released his ‘Nothing But Net’ track with Thugger and Partynextdoor. All three will be on tour this spring, but until they come to a city near you, give a listen to ‘Nothing But Net’.

Just how rap fans were introduced to rapper/producer Travis Scott through Kanye, the other half of the potential ‘Wolves’ inspired album (Drake of course) introduced fans to singer/producer Partynextdoor. Check out Drake and PND (Drake’s first artist on OVO Sound) on Partynextdoor’s track and video ‘Recognize’.

And there we have it, Lil Dicky and Drake may seem pretty opposite but the two can be connected in just a few steps! Be sure to Tweet us suggestions of who we should connect next time (@TheEarlyReg).

One thought on “Six Degrees: Lil Dicky to Drake”