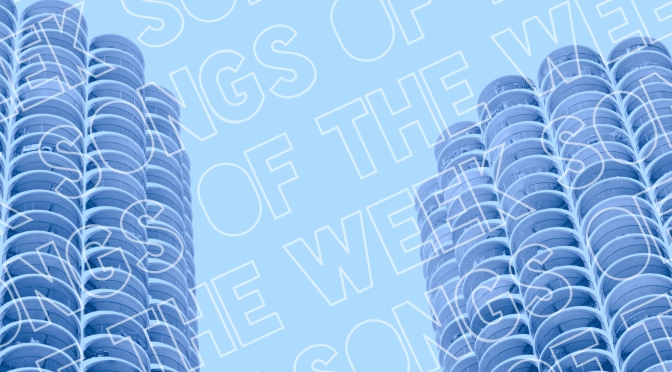 The best and brightest of this past week in music, as well as a throwback track! Hopefully you can bump these on the way to work to brighten up your Monday mornings! Make sure to check out our SoundCloud page where we post all the songs of the week.

Huge day for Big Sean on Friday, huge. He dropped 4 fire flames tracks and this one is produced by Mike Will Made-It and will appear on Mike’s upcoming mixtape entitled Ransom

Nas pretty unexpectedly hops on the remix of Schoolboy Q’s wildly successful banger Studio. Nas delivers a pretty sweet 16 in which he raps, “Finished up my new album, single bout to be droppin”. Huge news from the man himself, hopefully he can follow up his amazing Life is Good  album with something even better

With the leak of Chris Brown’s X, we finally get the official version of “Don’t Be Gone Too Long” featuring the young goddess Ariana Grande. Their voices work together so well on this duet, expect this to be all over the radio soon

This banger is my personal favorite out of the 4 tracks Sean dropped Friday. This song throws a haymaker to his ex-fiance Naya Rivera; Sean raps about he doesn’t give a fuck about her anymore and doesn’t want to get back together and she should stop trying to make him jealous because it ain’t working. Sean took a W by breaking off that wedding and took another massive W by dating Ariana Grande. Oh and did I mention this was produced by KANYE WEST and DJ MUSTARD?!?!

Since his debut album dropped A$AP Rocky has been a ghost, especially in 2014. But here he hops on British crooner Sam Smith’s “I’m Not The Only One”. Very dope track, Rocky comes through with 2 verses on this one

OVO newcomer P. Reign recently dropped his mixtape/EP which had crazy features from A$AP Rocky, Drake, Future, PARTYNEXTDOOR, Meek Mill, Waka Flocka, and French Montana. This is one of the highlights which features Meek Mill and PARTYNEXTDOOR, who is on a hot streak. A must listen.

Another banger from Big Sean. This one was produced by Anaconda producing team Da Internz and Chance the Rapper producer Nate Fox.

This song is furrrr shurrrre a baby maker. Breezy and Trey Songz go all the way in on this track. Straight sex music

Seeing as how yesterday was the 18th anniversary of Tupac’s still unsolved murder, it is only fitting for the throwback to be this classic track