Despite receiving a great deal of backlash for her negative comments on rap & hip-hop, a genre that many believe she misappropriated for the last few years, Miley Cyrus is changing the narrative by the release of her new music video.

Off her forthcoming LP, which will certainly sound different from anything that Cyrus has released before, Miley’s new track ‘Malibu’ has a totally different feel from what we’re used to expecting from the former Disney star. And if you like what you hear, you can download Cyrus’ new single now on iTunes.

END_OF_DOCUMENT_TOKEN_TO_BE_REPLACED

Following her appearance hosting the season premiere of Saturday Night Live, Miley Cyrus has announced a new U.S. tour where she will be giving a number of intimate performances. And when we say “intimate performances” the men of the world need not get their hopes up, because what we mean is she will be performing at a number of smaller venues throughout the city, which you definitely won’t want miss. Miley will be touring as part of her side-group, “Miley Cyrus & Her Dead Petz”, where she will be joined by The Flaming Lips as her live band. This tour will kick off in Chicago on November 19th at the Riviera Theatre in Chicago, and will also hit stops at The Fillmore in Chicago, New York’s Terminal 5, the House of Blues in Boston, and more.

Check out the tour dates for Miley’s new tour below and look out for tickets here on October 7th (they will go fast)!

END_OF_DOCUMENT_TOKEN_TO_BE_REPLACED 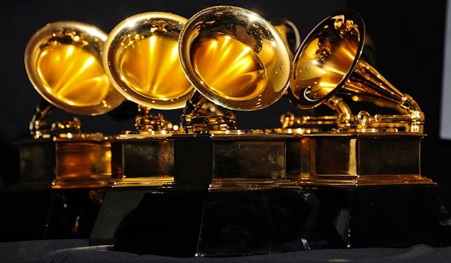 With information from an always reliable source from the Gold Derby Forum, we have the submissions (by artist) for the 57th Grammy Awards, airing January 26, 2015.