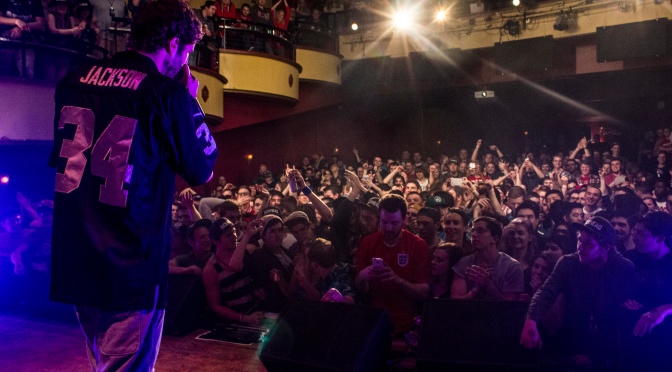 This weekend ‘Lemme Freak’ rapper Lil Dicky invited us to the Midwest leg of his Professional Rapper tour. Traveling to Madison’s Majetic Theatre and the Bottom Lounge in Chicago, The Early Registration‘s Dan Garcia captured shots of the weekend’s best moments. Although a picture says a thousand words, photos were not enough to help capture the energy that LD brought to both shows, so we had to get some footage as well. Watch our tour recap with Lil Dicky below: full of lap dances, crowd surfing, pizza parties and more! And if LD is coming to a city near you, make sure you get your tickets before they sell out!

END_OF_DOCUMENT_TOKEN_TO_BE_REPLACED 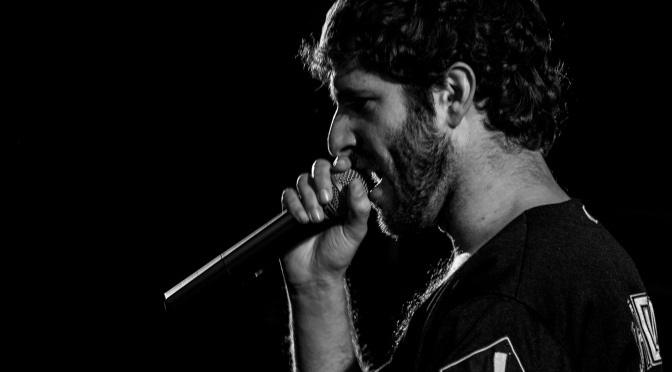 Last night rapper Lil Dicky brought the spring leg of his Professional Rapper tour to the Bottom Lounge in Chicago, IL. Rapping his early tracks like ‘Ex-Boyfriend’ and ‘White Dude’ from his So Hard mixtape, LD also performed a brand new track and his newest singles ‘White Crime’ and ‘Lemme Freak’. Performing for his second ever time in the Windy City, the sold-out Chicago crowd matched Lil Dicky’s energy all night. Check out our photos below, as The Early Registration was there to catch the best moments of the night. Also be sure to stay tuned for our official tour recap video (update: available now), and if LD is coming to a city near you, do not miss out.

END_OF_DOCUMENT_TOKEN_TO_BE_REPLACED

Last night rapper Lil Dicky brought the spring leg of his Professional Rapper tour to the Majetic Theatre in Madison, WI. Performing his early tracks like ‘Ex-Boyfriend’ and ‘White Dude’ from his So Hard mixtape, LD also performed a brand new track and his newest singles ‘White Crime’ and ‘Lemme Freak’. Dicky described his previous performance in Mad-Town as his best to date (“and it’s not even close”), and the sold-out crowd matched Lil Dicky’s energy all night, just an hour after Frank “The Tank” Kaminsky (a fan of LD) and the Wisconsin Badgers beat Coastal Carolina in the NCAA men’s basketball tournament. Check out our photos below, as The Early Registration was there to catch the best moments of the night, and if LD is coming to a city near you, do not miss out.

END_OF_DOCUMENT_TOKEN_TO_BE_REPLACED

Your boy LD, aka Lil Dicky, today announced the spring leg of his Professional Rapper Tour. Kicking off the tour in Santa Barbara on March 12, Dicky will hit stops in Chicago, Madison, and pretty much ever college campus in the U.S. Check out the dates and the ‘Lemme Freak‘ rapper’s video announcement below. Most importantly be sure not to miss out on this tour, as Dicky had two videos our on 10 Best Music Videos of 2014 list and is sure to put on a great show.

END_OF_DOCUMENT_TOKEN_TO_BE_REPLACED

Earlier this year, Lil Dicky put out one of the funniest rap videos in a long time with ‘Lemme Freak‘ and it was pretty much amazing. Today we have Dicky’s new video, for his track ‘White Crime’. Download the single on iTunes and check out the Phillip Lopez directed video below.

END_OF_DOCUMENT_TOKEN_TO_BE_REPLACED

The best and brightest of this past week in music, as well as a throwback track! Hopefully you can bump these on the way to work to brighten up your Monday mornings! Make sure to check out our SoundCloud page where we post all the songs of the week. END_OF_DOCUMENT_TOKEN_TO_BE_REPLACED

Many rappers, to different degrees, meet at the intersection of rap and humor. It can be as overt and obvious as The Lonely Island and Weird Al, or more subtle, with Childish Gambino or even Kanye. Somewhere in-between is Lil Dicky.