Bonnaroo, more than any other festival of its kind, blends the music and comedy world through its bookings of some of biggest names in both areas. Sometimes the acts are 100% musical, as you don’t hear Billy Joel cracking many jokes in the middle of ‘Piano Man’. Sometimes the acts are nothing but comedy. While Jeff Ross has roasted comedians before, you won’t be hearing him drop any mixtapes in the future (at least I don’t think so). Then finally, sometimes the acts are more in the middle of the two worlds. Childish Gambino’s appearance at Bonnaroo was just about the music, but he still has a successful stand up comedy and television career. Ed Helms is best known for his work on “The Office” and the Hangover series, but he was killing it on the banjo Sunday night. Then you have Jack Antonoff, who isn’t as overtly comical as Ed and Gambino, but who is no stranger to comedy in both his personal and professional life. We met with Jack at Bonnaroo, shortly before he rocked the Tennessee crowd with his indie pop act “Bleachers”, to ask the leading guitarist of “fun.” about the comedy and music worlds, new music, and his forthcoming music festival.

END_OF_DOCUMENT_TOKEN_TO_BE_REPLACED 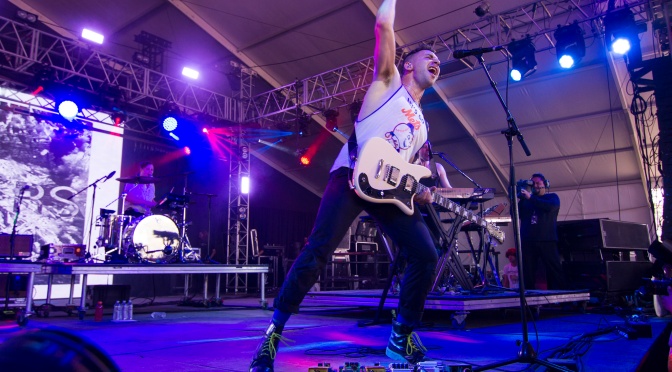 On Sunday we wrapped up our amazing experience during our first year at Bonnaroo. The weekend at The Farm was amazing, as music fans saw performances from Raury, Kendrick Lamar, Childish Gambino, Alabama Shakes, Florence + the Machine, and many more! While we already posted a small selection of our favorite photos, to further share our experience with our readers, we will be posting new photo galleries from Bonnaroo until we run out.