Everybody’s favorite pianist, Ben Folds, and Milwaukee’s own, the Violent Femmes, are hitting the road together this summer for a big co-headlining tour. Dubbed “Ben Folds and Violent Femmes Live And On Tour”, the anticipated tour is a must see for this summer.

Kicking things off on July 28th at Uncasville, CT’s Mohegan Sun Arena, the Femmes and Folds will make stops in Boston, New York, Pittsburgh, Charlotte, Detroit, Minneapolis and more,until the tour comes to an end on August 16th in Kansas City. Artist pre-sale tickets begin on Tuesday, March 5th at 10AM (local time) with remaining tickets going on sale on Friday, March 8th.

Check out Ben Folds and the Violent Femmes’ co-headlining tour dates below.

END_OF_DOCUMENT_TOKEN_TO_BE_REPLACED

Ben Folds and Cake brought fans to Milwaukee’s lakeside this evening, as their co-headlining tour paid a visit to the city’s BMO Harris Pavilion.

Kicking off the night’s first headlining performance was none other than triple-threat, Ben Folds. The singer-songwriter-pianist performed an hour-long set comprised of his solo tracks, songs by his alt-rock band “Ben Folds Five” and even a special track written just for the city of Milwaukee.

Folds’ fans sang along throughout the night, as the North Carolina native performed tracks like ‘Landed’, ‘Do It Anyway’, ‘Brick’ and many more. Hi sense of humor was also on full display throughout the performance, “we don’t have a bass guitar… we have a bass harmonica,” Folds told the audience while introducing his band.

One highlight of the night came as Folds’ switched up his setlist to perform his 2001 track, ‘The Luckiest’, which he dedicated to a couple in the audience who got married to the record. One beautiful couple (presumably the same couple) danced to the song in the aisle as Folds and his band performed.

From start to finish, Ben Folds kept the crowd singing, laughing and entertained throughout the entire set.

Last but not least, Cake took the stage after a brief intermission. Joined on stage by a tree (you read that correctly), which the band gives out to one fan each show, the band’s frontman John McCrea is a character to say the least.

The Sacramento natives gave their Milwaukee fans some Cake by the lake, with a blast from the past through performances of tracks like ‘Long Time’, ‘Mexico’ and even a cover of Willie Nelson’s ‘Sad Song and Waltzes’ to kick off the set.

Although their big hit ‘Short Skirt/Long Jacket’ was noticeably left off the setlist, Cake ended the night strong with their classic single ‘Never There’, before an encore performance of ‘The Distance’.

Whether you came down for Ben Folds, Cake or all of the above, you left the show having had a great time.

Check out our photos from tonight’s performance below and get your tickets for the remaining dates of Ben Folds and Cake’s co-headlining tour here.

END_OF_DOCUMENT_TOKEN_TO_BE_REPLACED 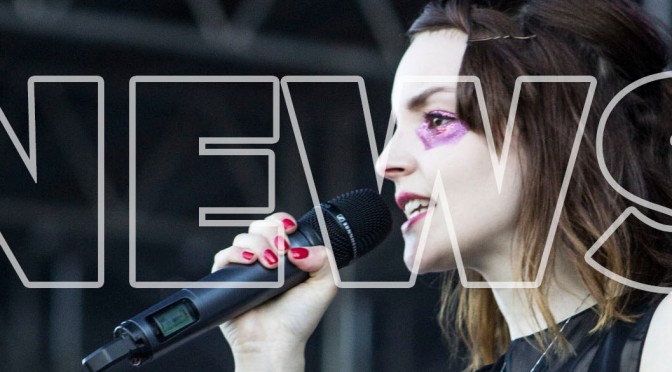 Get your short skirts and long jackets ready because Cake & Ben Folds have announced their big co-headlining tour for summer 2018.

Getting the party started on August 13th in Boston, Cake and Folds will make stops in Chicago (Highland Park), Philadelphia, Milwaukee, Richmond and more, until the tour comes to an end on August 25th in Indianapolis. Fans can visit Ben Fold’s official website for tickets and more information.

Check out the dates for Ben Folds & Cake’s co-headlining tour below.

END_OF_DOCUMENT_TOKEN_TO_BE_REPLACED

Ben Folds kicked it old school tonight as he jammed solo, bringing his Ben Folds And A Piano Tour to the historic Riverside Theatre in Milwaukee, WI. With an audience packed full of true Ben Folds fans, the Wisconsin crowd was excited to hear a variety of Ben Folds’ newest tracks, and equally ecstatic to hear his classics as well.

What made this performance so special, was its simplicity and creative level of audience participation. Whether Folds is accompanied by the Ben Folds Five, a live orchestra or just himself, the North Carolina singer/songwriter always delivers; but there is something beautiful about stripping things down to just a man and his piano. And more so than other shows, this one was all about the fans. In fact, halfway through the performance, Folds had his audience write song requests on a piece of paper, form their requests into a paper airplane, and fly the songs to the stage.

For the rest of the concert, Folds constructed his setlist from the paper airplane requests, making for a unique experience for fans. By pure chance and probability, and the diversity of fans’ requests, Milwaukee and all other tour stops had a special setlist that only fans in attendance for that particular will ever experience. By definition, Milwaukee received a performance from Ben Folds unlike all others.

Check out our photos from last night’s performance below and peep the remaining dates on the Ben Folds And A Piano Tour here.

END_OF_DOCUMENT_TOKEN_TO_BE_REPLACED 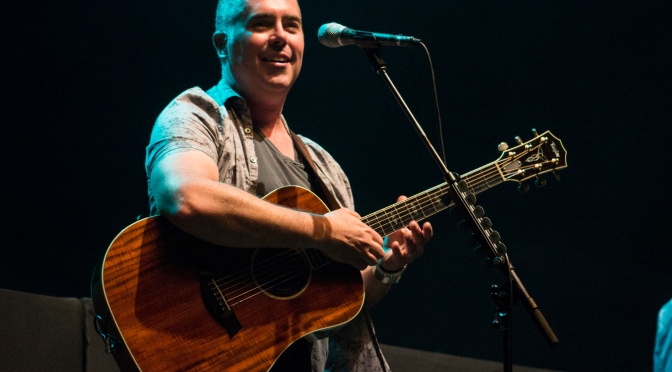 Check out our Summerfest Day 10 photos below and peep our Day 9 Summerfest photos here!

END_OF_DOCUMENT_TOKEN_TO_BE_REPLACED

To no surprise, Milwaukee’s lineup for Summerfest this year is the most diverse of all major music festivals in 2016. Yesterday “the World’s Largest Music Festival” revealed its over 90 headlining acts (with more to come), so today we have our most anticipated headlining acts for Summerfest 2016. This year Summerfest takes place from June 29 – July 3 and July 5 – July 1o at the Summerfest Grounds in Milwaukee, WI and you can check here for ticket information. Ticket prices start at just $13 and $80 right now for an 11-day pass (these are not misprints), with various promotions that run all festival long. Lollapalooza may be having its huge 25th anniversary just 90 miles south, but there is no better way to spend eleven days of your summer at one of the most unique music festivals that the country has to offer.

It wasn’t easy to decide who we are most excited to see at Summerfest this year, but definitely hit the jump to check out our ten most anticipated acts of Summerfest 2016. And be sure to check out Summerfest.com for more information!