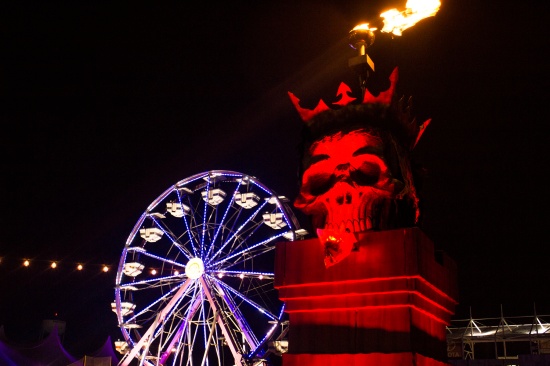 Chicago and React Presents don’t subscribe to the notion that music festivals need to end in the summer, and that’s why the Windy City’s Halloween themed music festival, Freaky Deaky, is returning for another year. Last year Freaky Deaky got to see live performances from Bassnectar, Armin Van Buuren, Pretty Lights, 2 Chainz, Logic, Vic Mensa, Flying Lotus and more, and this upcoming Halloween weekend (October 28-30) fans get to enjoy an even bigger and better lineup.

Coming to Toyota Park in Bridgeview, IL this year for Freaky Deaky will be your favorite names in electronic music like Disclosure, DJ Snake, Tiesto, Snails and more. Rap fans will get their fair share at Freaky Deaky as well, including performances from Travis Scott, DJ Khaled, Lil Dicky, ‘Panda’ rapper Desiigner, Metro Boomin and Schoolboy Q, just to name a few.

Check out the promo video and full lineup below, and don’t wait until October, get your wristbands now at FreakyDeakyHalloween.com.