Following a memorable 2015 performance with Odd Future’s Earl Sweatshirt, Vince Staples returned to The Rave in Milwaukee, WI tonight, this time for a headlining set on Part II of his Circa ’06 Tour. And while his co-headlining tour with Earl was just a year ago, a lot has happened for the the Long Beach rapper since his last trip to Wisconsin. Staples’ released his debut album Summertime ’06, which was received well by critics and fans alike, he launched his acting career with a great and hilarious appearance in the 2015 film “Dope”, he was chosen by XXL for their 2015 Freshman Class, he has released a number of awesome visuals from his latest album, and of course he went on his biggest headlining tour to date.

And although a lot has changed for Staples in the past year, his great stage presence and ability to keep his energy levels high has not changed. In fact, even without Sweatshirt to complement him, his live performance has maybe even stepped up a level or two. Between songs, Staples even made time to salute International Women’s Day, dubbing Hilary Clinton as his prediction for our next president while joking about Bernie Sanders. “Run The Jewels 4, hosted by Bernie Sanders,” joked Staples. Even on a random Tuesday March night in Milwaukee, Vince Staples put on a show that his fans will not soon forget.

Check out our photos from Vince Staples’ performance tonight below, and be sure to check out the remaining dates for Staples’ Circa ’06 Tour Pt. II here. 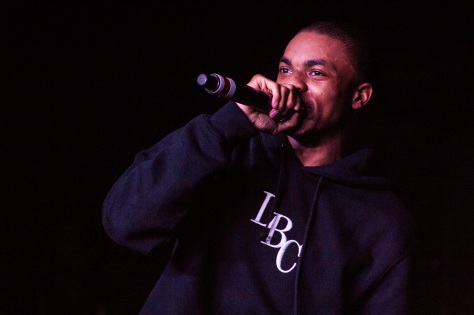