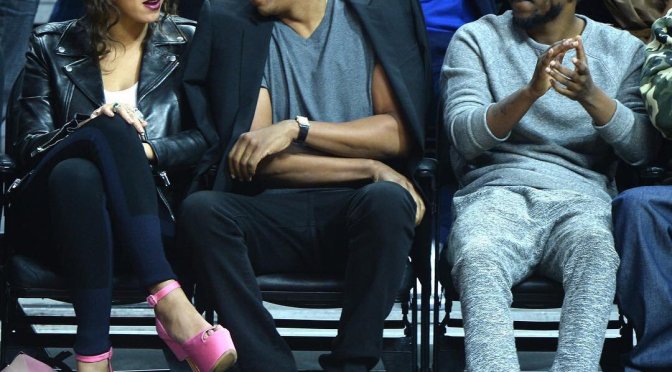 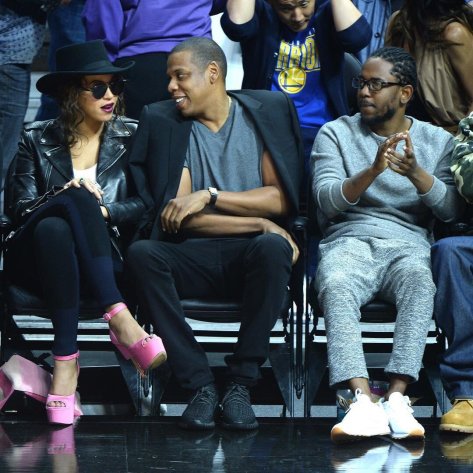 Beyonce, Jay Z, and Kendrick Lamar were spotted court side at tonight’s Warriors/Clippers game at the Staples Center in Los Angeles.

Jay and Bey have appeared at a couple of the Warriors games this season already. In case you missed it, Hov is rocking the Yeezy Boost 350 Pirate Black sneakers that were restocked on Adidas and many other online retailers this past Friday. Dope photo.