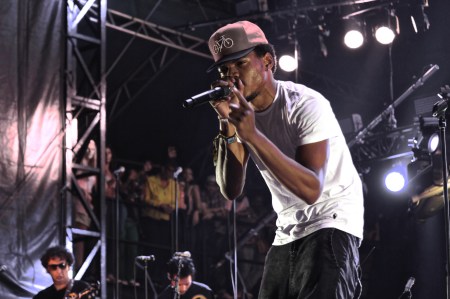 Big day for Chance the Rapper as his new feature with GQ was released, and to continue the momentum Chance is The Fader‘s new cover artist. The piece focuses on Chance’s Social Experiment group, which includes Chance himself, Donnie Trumpet, Peter Cottontale, and Nate Fox. The piece gives more details on the collective as well as the group’s upcoming album Surf, which The FADER explains how the project is often mislabeled as a Chance the Rapper album (while he is just one member of the group). Surf, which centers around the group’s Donnie Trumpet, is expected to release soon and is one of our Most Anticipated Albums of 2015.

Check out The FADER‘s cover shoot below, check out the full feature, and stream The Social Experiment’s Surf track ‘Sunday Candy’ below.

“The most incredible thing is that Chance is so open to whatever everyone else thinks. He’s willing to put in all of his resources, all of his cards, everything on the table to make it work.” —Nate Fox

More Social Experiment in less than 45

Do you feel like you know enough about The Social Experiment yet?