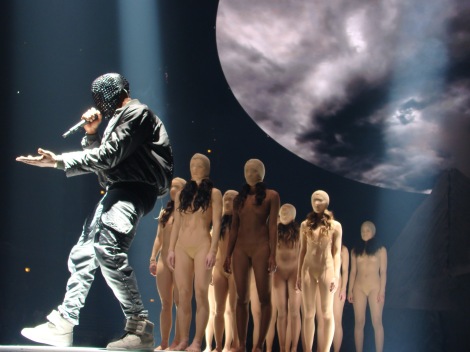 If you are Kanye West, where do you store your 21 Grammys (the most for anyone that young)? An office, living room, maybe even if its own trophy room? Apparently not, according to his wife, Kim Kardashian-West, Ye stores them anyway in his sock drawer. Take that Grammys.

While speaking with BBC Radio 1, Kim told Nick Grisham about Kanye’s unusual display of music’s most prestigious award. “Kanye’s not big on like putting his Grammys up and stuff like that. They literally were like in the laundry room, just randomly. In a sock drawer and all around”, said Kim. We can only wonder how many Grammy’s Kanye would have if he didn’t consistently bash the Grammys on their noticeable snubs (such as My Beautiful Dark Twisted Fantasy, P4K 10.0; Rolling Stone 5/5, not being even nominated for Best Album). If you’re keeping score at home, Kanye – 1, Grammys – 0.

One response to “Kanye Stores 21 Grammys In a Sock Drawer”