Harlem’s A$AP Mob got cozy in Milwaukee tonight, as A$AP Rocky and company stormed through The Rave’s Eagles Ballroom for their Too Cozy Tour. Comprised of Rocky, Ferg, Twelvyy, Nast, the late A$AP Yams and many more, the A$AP Mob may be top heavy but talent is still spread throughout the group, especially since A$AP Ferg and Twelvyy have emerged from Rocky’s shadows in the past couple years.

From the very beginning the crowd was turned up, as the Mob performed some of their solo records, collaborations and of course cuts from their newest LP, the Cozy Tapes Vol. 2: Too Cozy. And while some of the emerging A$AP members certainly did their part by rapping some of their stand out verses, it’s to no one’s surprise that A$AP Rocky and A$AP Ferg stole the show. Blowing fans away with tracks like A$AP Ferg’s ‘Work’ and ‘Plain Jane’ and the Mob’s Cozy Tapes Vol. 1 track ‘Yamborghini High’, the night was an rager with the whole A$AP crew.

With The Rave also hosting a sold-out country concert downstairs in the same venue, there is no way fans at the Luke Combs concert partied like those rapping along to the A$AP Mob. And because of that, there was no better place to be in Milwaukee tonight.

Check out our photos from tonight’s performance below, and get your tickets for the remaining dates of the Too Cozy Tour here.

END_OF_DOCUMENT_TOKEN_TO_BE_REPLACED

A$AP Ferg has finally given a release date to his upcoming mixtape, Ferg Forever. The tape will be released this month, on November 28. Ferg has also dropped a new song ‘Doe Active’ to coincide with the announcement. This is the third single from the tape, the first being “This Side” featuring YG and the second being “Perfume“. Check out the new song below and make sure to continue checking out the site for the latest in music.

END_OF_DOCUMENT_TOKEN_TO_BE_REPLACED 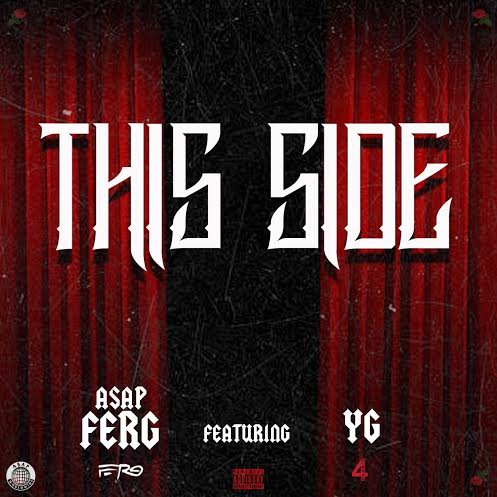 A$AP Ferg, one of the top members of the A$AP Mob, has announced his new mixtape, Ferg Forever. The project’s first track ‘This Side’ (produced by The Fam) features rapper YG is available now for streaming. Ferg Forever will be his follow-up project to his album Trap Lord, named one of 2013’s best albums by Pitchfork, Rolling Stone, Stereogum, Complex and more. Stream ‘This Side’ and check Ferg’s upcoming tour dates below.