Five days before Summerfest kicks off its 2018 season, U.S. Cellular is inviting fans into the grounds early for a special free concert from superstar DJ/producer, Diplo.

Performing at the festival’s new U.S. Cellular Connection Stage on June 22nd, fans will be admitted on a first-come first-serve basis. Gates will open at 7pm and the first 1,000 people in attendance will also receive a free Summerfest ticket.

Check out Summerfest’s full lineup of headliners below. 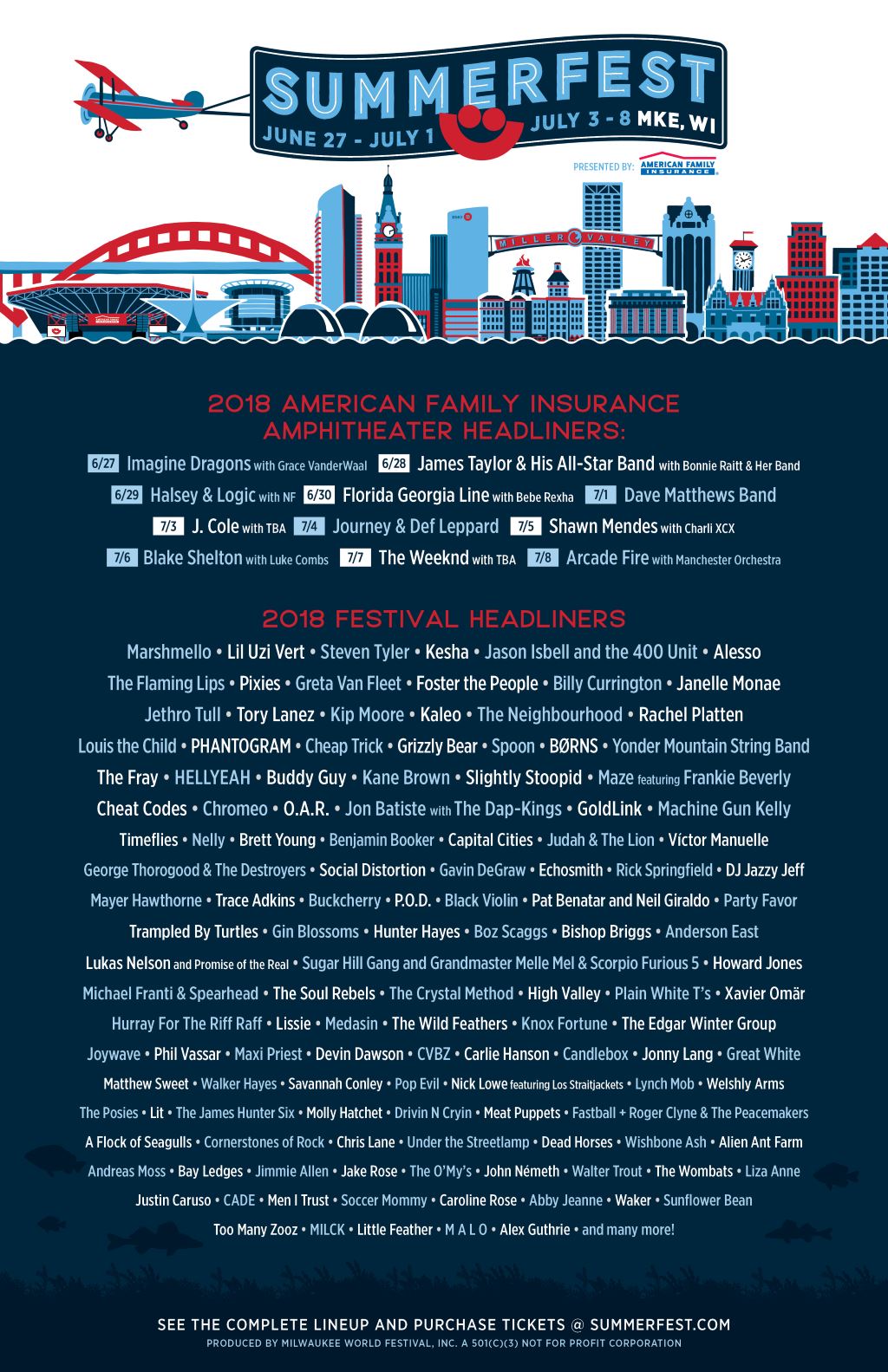