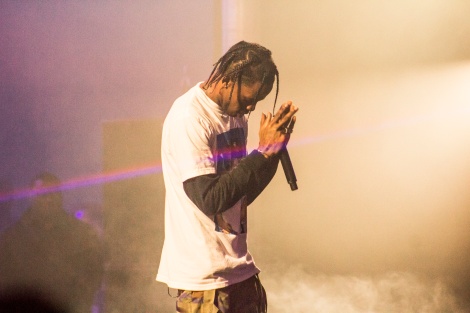 Despite being arrested for inciting a riot earlier this week, which shouldn’t surprise anyone who has ever been to a Travis Scott concert, GOOD Music‘s Travis Scott is making sure he has a good week, with the release of three new tracks via the rapper’s Soundcloud page.

The new tracks, which are titled ‘A man’, ‘Butterfly Effect’ and ‘Green & Purple’ ft. Playboi Carti, are already amassing hundreds of thousands of streams on Soundcloud in their first day.

Where Travis Scott finds the time for new music though is beyond us, as the ‘antidote’ rapper is in the middle of his headlining tour, which also includes a number of big festival performances. It’s a GOOD time to be a fan of La Flame.