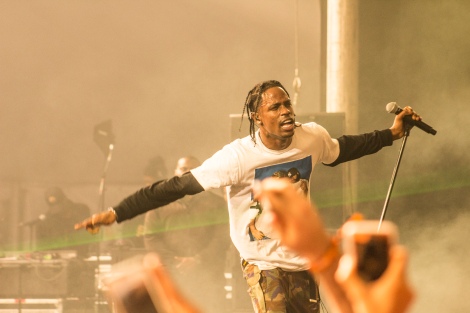 After a long hiatus of not releasing new music after his debut LP, Frank Ocean is continuing to drop new tracks left and right, ever since the release of his critically acclaimed album, Blonde. This time, Ocean again premiered music on his “Blonded Radio” show via Apple Music’s Beats 1.

Ocean blessed his fans with two new tracks, his auto-tuned laced song ‘Lens’, as well as a second version of the track that features a verse from GOOD Music‘s Travis Scott, titled ‘Lens V2’.