Milwaukee Indie rock band, GGOOLLDD, have announced their new headlining U.S. tour. Led by singer Margaret Butler, GGOOLLDD will kick off their tour at the end of the month, February 24th in Des Moines, IA. The tour will also make stops in St. Louis, New Orleans, Austin, and at a number of festivals, until the tour concludes at the Pedlar’s Jamboree Fest in May.

Certainly one of the best new synth-pop sounds to follow in the new year, GGOOLLDD will certainly continue to grow in 2017. 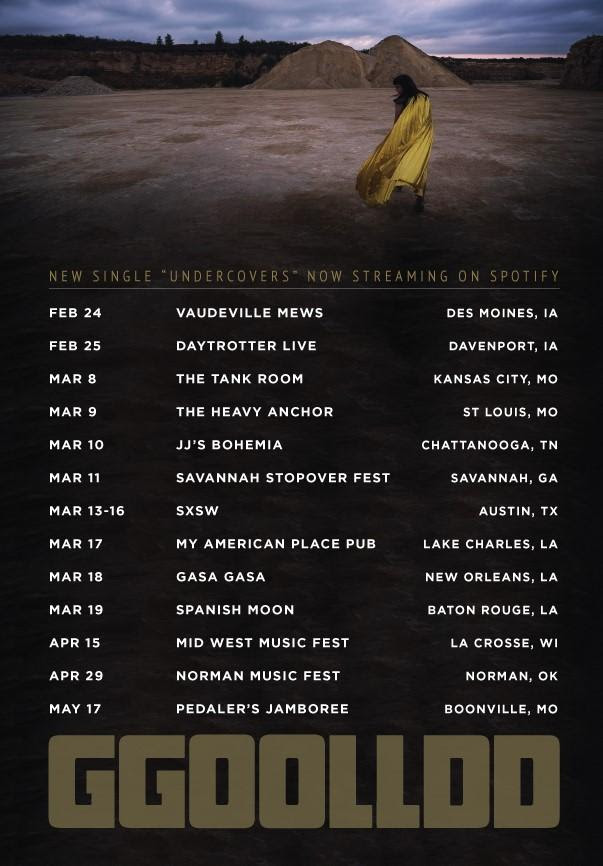