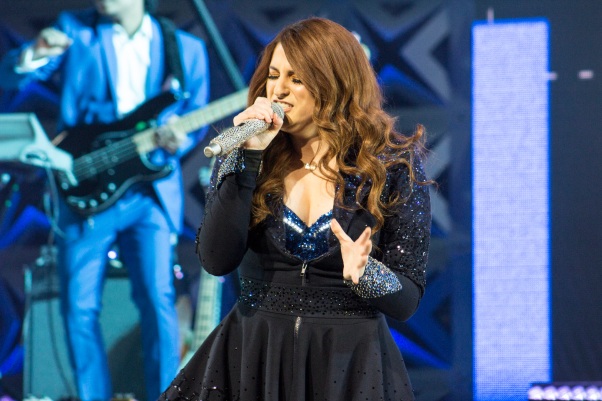 Moments ago, singer-songwriter Meghan Trainor brought The Untouchable Tour to Chicago as she paid a visit to the Rosemont Theatre in the Windy City’s western suburb of Rosemont, IL. The ‘Me Too’ artist didn’t travel alone either, as the diversely talented Hailee Steinfeld is supporting Trainor throughout the massive tour, with tonight being no exception. With a sold-out theatre of Trainor and Steinfeld’s biggest fans ready to sing along to the pop stars’ biggest records, the stage was set and conditions were perfect for a memorable and untouchable night.

To get things started, Los Angeles-native and all around triple threat, Hailee Steinfeld, hit the stage. Not only can she sing, act and model, but anyone that is part of Taylor Swift’s squad, must be pretty fun to be around as well. She was a breakout star with her role in the Coen brothers’ film True Grit, which landed the young Steinfeld an Academy Award nom for Best Actress in a Supporting Role, but tonight was all about the music and required no acting skill whatsoever. Steinfeld is no one but herself on stage and through her music, and it pays dividends. Whether its because of her natural charm and relationship with the audience or it’s her fun performances of ‘Rock Bottom’ and ‘Love Myself’, you can’t help but like everything that Steinfeld has to offer. In her breakout single Steinfeld pledges to love herself without needing the love of anyone else, and while that may be the case, she isn’t alone, as thousands loved Steinfeld and her opening performance tonight in Rosemont.

Soon after Steinfeld said her goodbyes to the Windy City, it was time for night’s headliner, Ms. Meghan Trainor herself. An overnight star ever since the release of her 2014 hit, ‘All About That Bass’, Trainor is easily one of our favorite pop stars of today. Her latest album, Thank You, has the rest of us saying thanks as it has brought fans hit after hit, including her newest singles ‘Me Too’ and ‘No’, each which bring a ’90s pop vibe and sass that had since started to fade in pop music. Trainor has a big voice, an infectious attitude, and while she boasts her “champagne problems”, she is more relatable than any other pop star out right now, all things that she showcased live for her Chicago fans.

As the packed crowd erupted as Trainor and her band hit the stage, Trainor provided an untouchable mix of her biggest records to date and performances of the majority of her new album. It wasn’t just about the hits however, as Trainor made her big production an intimate one as she took time between a number of records throughout the night to talk to fans, introduce her songs, and generally just made the theatre feel smaller by making the night a more personal one. Through her music Trainor promotes confidence, healthy self-images, and overall positivity, and this doesn’t take a back seat during her live performances. Trainor has an especially cheerful stage presence, and whether she is belting out one of her biggest hits, dancing her bass off, or playing some adorable videos of her dad dancing, Meghan Trainor is just having fun out there, where you can’t help but have fun with her.

Check out our photos from tonight’s Chicago date on The Untouchable Tour below, and peep the remaining dates on the tour here. 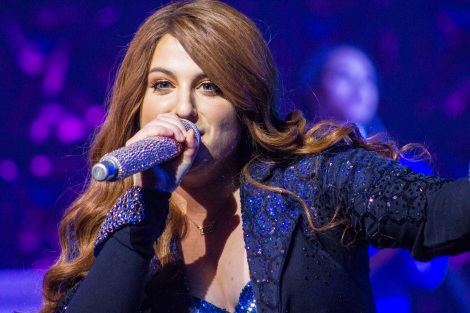 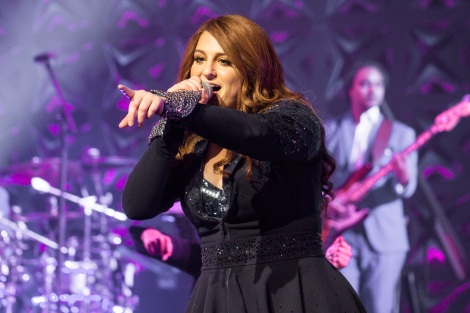 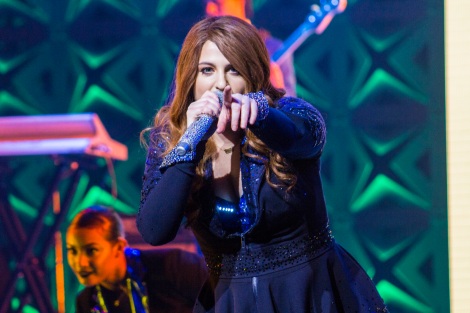 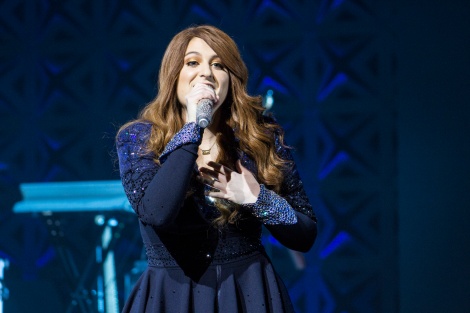 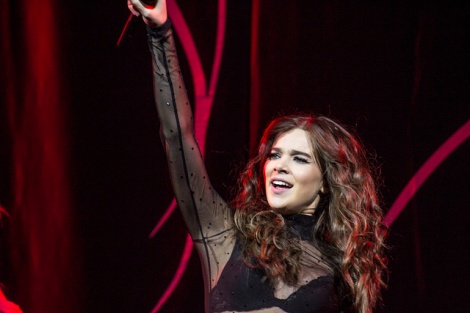