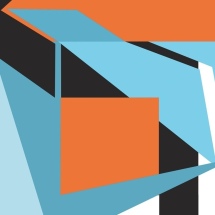 Chicago is very likely the main contributor to Hip-hop’s come-up scene over the last few years. Chief Keef, Vic Mensa, Chance The Rapper, Fredo Santana, Saba, Lucki Eck$ and Mick Jenkins are all incredibly diverse and unique artists that all call the windy city home. While a good portion of the artists I previously mentioned have since established a solid footing in the music industry accompanied by huge fanbases, a few are still on that come-up grind. One of these such artists is the aquaman, Mick Jenkins. He has been putting music out periodically since early 2012 but 2014 is when the stars aligned and his fourth mixtape, The Water[s], propelled him to heights above many of his peers.

That mixtape was as much a literary accomplishment as it was a musical achievement to Jenkins. Rooted in extremely deep poetry, his style is saturated with ambiguous bars that take a heaping of time and effort to fully appreciate. It isn’t that his music is particularly vague, not at all actually; it simple possesses the ability to be interpreted in any number of ways. Having crafted a beautifully somber and intellectual project, it was assumed that he would either continue down a similar path or take a new approach. With his new fifth project, he definitely took the latter of the two options.

Wave[s] opens with familiarity thanks to its ethereal instrumental but it quickly showcases a new vocal sound from Jenkins. It sounds as though he is more awake and sharper than his last outing. As reality would have it, he even stated in interviews that he wanted to tone down the intricacies of thought, worked tirelessly into his last project and wanted to focus more on having a good time and just trying things out. The hooks, which are a new-found point of interest to Jenkins seem to come almost naturally. While not something you would hear charting on the radio, a few of the songs reach this cusp of mainstream appeal. The track ‘Your Love’ is reminiscent of so many hayday radio artists like Timbaland, Drake, Pharrell yet far enough away experimentally to set it apart. The drums accentuate the incredibly catchy hook and the backing drowned-out vocals make it memorable.

None of the instrumentals stray far from experimental. They are chalked full of high-pitched synths, jazzy elements and well placed hi-hats all combining to sound something like a space-age hip hop album. There aren’t many projects like this, in the sense that you are unable to figure out a specific sound approach. Every song strikes its brush in a new palette of sounds for your ears. There is undeniable similarity between this and his last water-rooted project, but liveliness is a lot more thematic here.

The Water[s] had Jenkins addressing the faults of the stereotypical rapper lifestyle like empty relationships with women, and a debtless credit card. This time he sounds less concerned with taking a position on too many issues and more so embraces the options. He talks about heartbreak on ‘40 Below’ as though it is something expected yet it seems to show up out of nowhere. His new project is also a lot less existential as Mick has already affirmed his place in the rap game. It often sounds like he is using the water to reflect in the lake that is his life all while looking ahead. He is unapologetic as he illustrates,

“Quantum leaps ahead of my peers, they not even in my peripherals.”

Jenkins has always had an ear-catching way of stacking syllables and building verses. This project is no exception. He packs a staggering amount of words into a majority of his bars and seemingly skips on punctuation as his lines meld together into steady streams of consciousness.

After his previous works, it seemed like we had Jenkins largely figured out, but this project shows him in a whole new light and appealing to listeners in a whole new way. It is fun, engaging and easily his catchiest stuff yet. He is enjoying himself, his music and the life around him. It is still music full of thought and social relevance but things are left at being discussed as aspects of life, rather than things that need changing; and really, isn’t that the epitome of enjoying life?