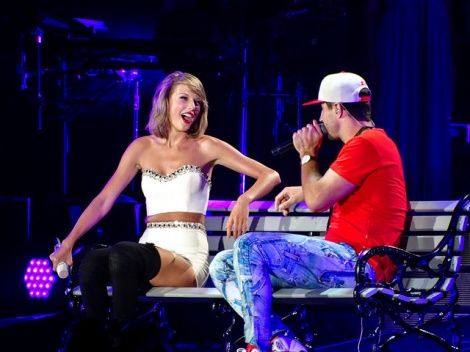 Last night Taylor Swift and her 1989 World Tour delivered for the Windy City, as T-Swift performed for Chicago well into the night, and with surprise guests Andy Grammer and Serayah. This just adds to the long catalog of surprise guests in the past couple weeks. So far, Taylor invited Nick Jonas, the U.S. Women’s Soccer team, The Weeknd, Jason Derulo and Lorde to join her on stage for the sold-out crowds and to perform some of their biggest hits. Tonight marked Taylor Swift’s second and final night at Chicago’s Soldier Field, and because of the great cast of surprise guests in the last week, fans could only wonder what Day 2 would hold?

Andy Grammer’s appearance last night surprised many, as rumors of appearances from the Chicago Blackhawks and Ed Sheeran circulated on the internet. Would Day 2 see an appearance from Lady Gaga, who spends a lot of time in Chicago. Chance The Rapper, who was pictured hanging out backstage with Taylor after the show last night. Or could Taylor surprise everyone and (ironically) invite Kanye West on stage for once? After all, it is Chicago…

Well after everyone in attendance wondered who Taylor Swift would bring on stage tonight, Swift spoiled her Chicago fans one more time as the ‘Bad Blood’ singer brought out Sam Hunt, as her surprise guest for day two of Chicago’s 1989 Tour shows. Hunt and Swift performed a duet of his hit single ‘Take Your Time’.

Check out photos from Swift and Hunt’s ‘Take Your Time’ performance below. 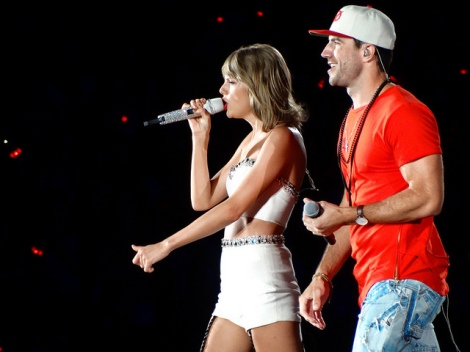 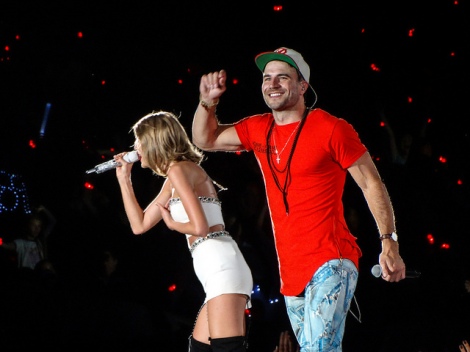