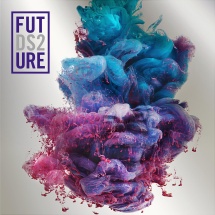 Even though Future’s sophomore release, Honest, showcased the Atlanta native’s ability to tackle abstract soundscapes and spawned a few successful singles (despite being riddled with unnecessary features), it was still met with under appreciation. So from the October through March following Honest‘s spring 2014 rollout, Future released three mixtapes (Monster, Beast Mode and 56 Nights) that would mark a return to the heavily street-oriented trap that launched his career, particularly breakout mixtape Dirty Sprite.

Dirty Sprite 2, Future’s latest release, bears little resemblance to its prequel; its title more of a gestural nod that this album will reflect his mixtape material more than previous ones have. Its true predecessor is Monster. Metro Boomin helmed both projects as an executive producer and contributed to the lion’s share of tracks on DS2. The production, though more varied in its sonic ornamentation than Monster, reflects the same disregard for bubbly trap that made Future a mainstay on radio, with the opening eerie synths and foreboding bass line reaffirming the no concessions mantra behind this album. While the production lays the foundation for Future to deliver his first album that encapsulates the essence of his mixtapes, it also constricts him to well worn ground. Future’s greatness has always lied in his ability to turn the unconventional palatable with nursery rhyme simplicity. While Metro presents some interesting ideas like the kazoo on ‘I Serve the Bass’, the mandolin loop on ‘Where Ya At’, and the multilayered synth coda of ‘Groupies’, overall the beats are so straightforward Future rarely explores uncharted territory melodically.

Lyrically, DS2 finds Future reflecting on everything he’s been through and everything he’s doing to cope with everything he’s been through. This is best exemplified on single ‘Blow A Bag’. Opening the first verse with what could be easily presumed as boasts of excess, “I had to change my safe, I had to change my b*tch”, reveal themselves to be consequences of circumstance, “Money will change a n*gga, fame will change a b*tch.” There’s a constant undercurrent of loneliness and overcurrent of drug use, most notably Codeine and Xanax. He laments family and friends passed on the aforementioned ‘Blow A Bag’, having to leave his newborn son for tour and his DJ’s 56-day jail bid on ‘Kno the Meaning’ and genuine love songs are notably absent. The closest approximations are either strictly carnal (‘Rich $ex’) or drug-fueled (‘Percocet and Stripper Joint’). Future casually and callously recalls his infamously broken engagement with Ciara: “I just put that famous b*tch in rotation” and on the otherwise snarling and unsympathetic ‘Groupies’, delivers one of the more sobering moments of the album with a message to his one night stands: “nobody can love me like you.” Nonetheless, the affection is unrequited: “Imma choose that dirty over you, you know that I ain’t scared to lose you.” The only times Future genuinely describes feeling good are in tandem with feeling numb. And while he details the thrill of inebriation, he avoids glorifying it. He acknowledges that he’s only temporarily alleviating depression and that the escapism that has placed his troubles in abeyance could lead to self-destruction, ending ‘Slave Master’ with a homage to A$AP Yams (the A$AP Mob crew leader who passed of an overdose earlier this year and whose last tweet referenced Monster closer ‘Codeine Crazy’).

Ultimately, DS2 serves as an appreciation statement for the acclaim Monster received. And while Future manages to keep things fizzing sprightly with nimble flows and uproarious one liners, his muddy distress oozes throughout the album, making it a little more viscous and vicious.