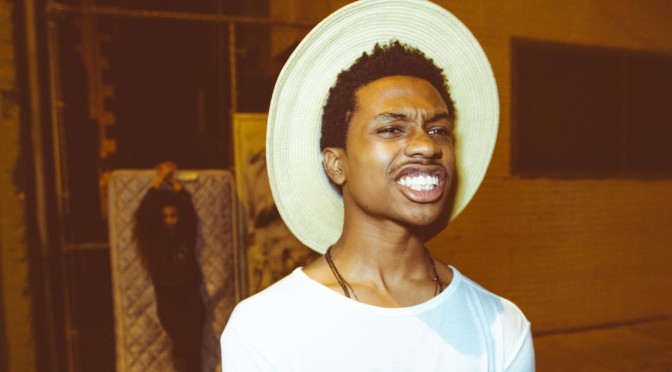 Chynna Rogers is winning right now. Partly because of her aesthetic (she’s literally a model but she’s also a highly dedicated musician) and also because of her working relationships. She’s worked with A$AP Mob, Hudson Mohawke and the upcoming producer Cloud Atrium this year. Chynna’s made waves this year by only releasing the hardest songs possible. “Free Crack” and “Glen Coco” may have been some of the best songs to come out all year and and they’re 2 of the 3 songs she has put up on her Soundcloud in 2014, along with “Made in Chynna”, an unmastered one take verse over a beat made for her by Hudmo. The next step for Chynna is unknown but it has to big. Right?

Watch the video for her song “Glen Coco”

Oakland rapper Dee Dot Jones is actually one of my favorite rappers. Usually going over beats produced by himself or his friends, Dee Dot rips verses on a usual basis. His business sense is also interesting. He and his crew (Go4Broke) release music regularly, tour and sell merch- all by themselves. His last tape “Forever Forward” was one of my favorite projects on 2013, from the beats (provided by Cloud Atrium, Nonsense and Dee himself amongst others) to the concepts, to the artwork. His next tape “HUMAN” is “on the way” according to his soundcloud.

St. Paul artist Allan Kingdom may have one of the most creative sounds, not only as an up-and-comer, but as a musician in general. His project “Future Memoirs” has a distinct mood, his beats knock with thick percussion and deep melodies and his self directed videos are most likely ahead of their time. He’s already being mentored by Plain Pat (for those don’t know who that is, just know we probably wouldn’t have Tyler, the Creator or Kid Cudi without him) and he’s gotten co-signs from everyone from Kanye’s right hand man/legendary producer Mike Dean, to another legend, journalist Sway, known for his work on MTV News, Rapfix and (Sway-Sway-Sway) Sway in the Morning. I suggest you listen to him now. That way you can listen to the future in real time.

Watch his video for his song “Evergreens”

Spooky Black is one of the best representations of the new age of music that comes from and is supported by the internet. The video that propelled him to the mainstream was interesting mostly because of the direction, editing and set up. His clothes were nostalgic and cool in that way that’s only cool on the internet. His stage name felt like a mix between a early 2000’s neo-soul guitarist and a bad guy in a Disney Channel Original Movie. But his voice is incredible. Period. Chilling and calming at the same time, the only comparison that can come to some people’s mind may be James Blake. His singing style reminds me of his friend and collaborator Allan Kingdom. But no matter what, Spooky Black is one of the internet’s best finds in new music and for that, I will always be indebted to Soundcloud. (and yeah, he’s not a rapper but DJ Khaled is his father)

Listen to his song “Reason”

16 year old lyricist Marcus Salas may be the least known on this list. He’s been relatively quiet this year, releasing a couple remixes and a video, but that’s all for a reason. He’s spent the last 9 months working extensively on his album “Undoubtedly Doubted”, and he plans to release it before the end of the year. He has however, released a single for the album and another track from the album as well as hints of the art direction. As a part of his group DPR, Marcus has gained recognition throughout the youth of his area but not nationally. Hopefully this changes soon.

Listen to his single “Throwed”

Over the past year, Cleveland bred MC Billard has established himself fairly quickly, releasing great visuals and a solid debut-mostly produced by himself. Because of his recent gain in popularity through social media and word of mouth, Billard has gotten co-signs from other more known Cleveland artists, including Ray Jr., and more notably, Machine Gun Kelly on his infectious lead single “All Eyez on Me”. Already collaborating with Atlanta artists Scotty ATL and Cap 1 after the release of his second tape “I Am Billard”, and being seen with Zaytoven, he’s definitely on his way to getting the recognition he deserves.

Listen to his single “I Can’t Get Enough”