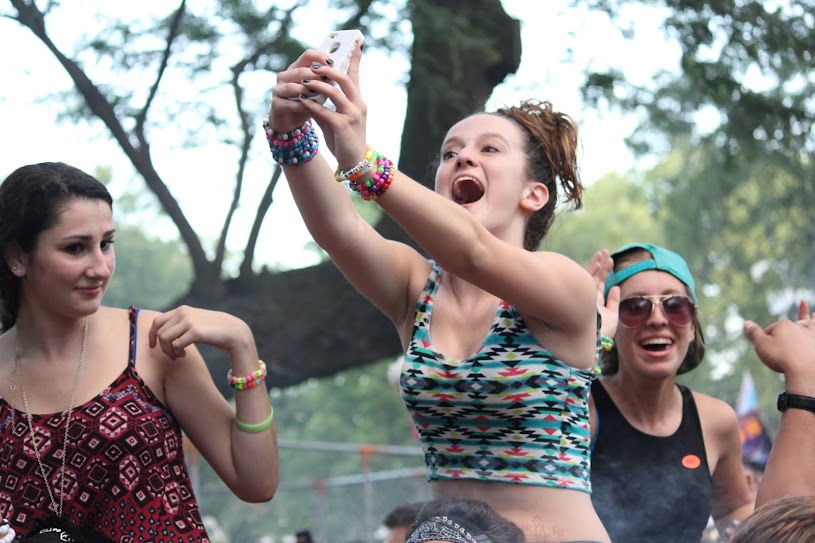 A new technology introduced by Yondr is in its growing and testing stages, which claims to create ‘phone-free zones’.

The company provides cases to venues for the purpose of showing people “how powerful a moment can be when we aren’t focused on documenting or broadcasting it.” Sounds like a great concept, as many artists and even fans disapprove of the vast increase in cell phone use, but how does it work? According to Yondr,

Many artists would love to see this company take-off. Jack White has been a strong advocate for Team No Cell Phones. In a recent interview, White talked about how during his recent shows he encourages his fans not to use their cell phones, at the crowd’s general approval. It is hard to ever disagree with Jack White, and we get it, cell phones can be annoying to all parties involved in a number of ways. But what gets lost is all the benefits of cell phones and the reasons why I hope a company like Yondr will not take-off.

Cell phones are creatively changing concerts for the better.

This is something that we are just now experiencing. The first true sign of this was with Childish Gambino’s Deep Web Tour. Along side with WordPress, Gambino (Donald Glover) developed a mobile web application just for his tour, that changed the concert going experience. The app allowed people to send messages and drawings to an interactive video board, among other things as well. This app likely inspired the mobile app for the Drake v. Lil Wayne Tour, which allowed fans to vote for who they thought rocked the crowd better that given night.

These apps are the first of its kind and are just within the past year. One can only imagine where this technology will lead concerts. Perhaps allowing fans to vote for what song an artist performs next? Broadcasting fan videos/angles live during the show on a video screen? And these are just a couple of ideas I have on the top of my head.

People have lives outside of the concert.

I’m sorry, but sometimes you just need to check your phone. I get why it is great to live in the moment, and no one appreciates live music more than myself, but I do want to look at my phone sometimes. It could be an emergency. Maybe you are making sure you have a ride after the show? Perhaps you need to check the score of the game before the headliner gets on? Or maybe even you need to see if that girl from Tinder is still coming over? It doesn’t have to be an emergency but there are plenty of acceptable reasons people need to check their phone. And if I waited in line for five hours to get front row, I do not want to leave the venue and lose my spot to unlock the case.

It provides free press for artists and some amazing photos and videos. 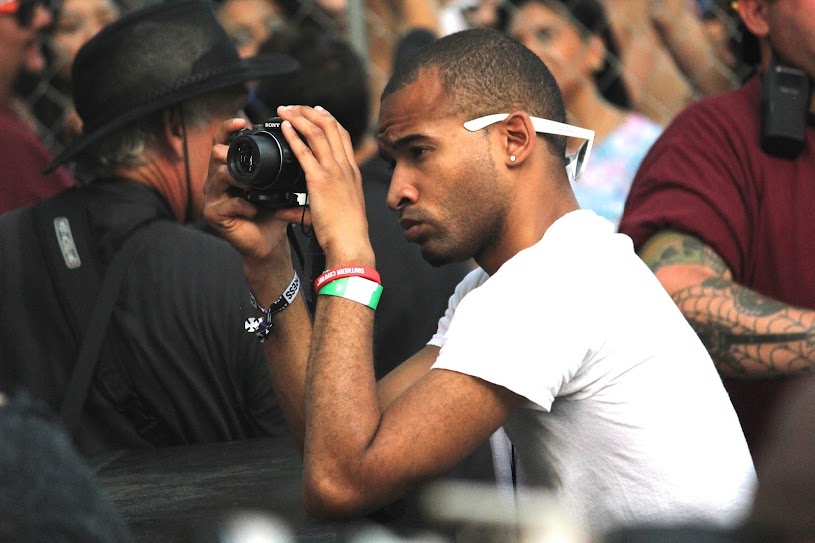 I have personally captured some amazing videos and pictures on phones and artist repost fan pictures and videos of their performances all the time. With camera qualities on iPhones getting better every year, they can provide for some amazing footage. Press is generally only allowed in the photo pit for the first three songs, so who is going to snap that shot of Drake bringing out Kanye mid-show? Also time and time again fan footage makes a great story possible, that otherwise would not have been post-worthy. For example…

Wanting to re-live the moment from the first time you saw your favorite artist live does not mean you are not living in the moment. It takes very little effort to press a red button and hold up phones that today are almost paper-thin. Having shot photography at many concerts, while at times I literally have to stare through a lens, I am still living in the moment and enjoying the music to the fullest. It isn’t the kid with an iPhone not experiencing the moment, its the kid who snuck in a water bottle of vodka in front of him who looks like he is about to pass out. I do feel bad when people are checking things on their phone during an opener that they have never heard of, but it is just one minor drawback, and just a reality of how concerts are now (and how they should remain).

Trust me, I get the appeal of something like Yondr, I really do. Cell phones, at their worst, can be annoying to many. But nostalgia for a ‘simpler time where cell phones didn’t exist and everyone lived in the moment’ is just plain false. You can, and most do, live in the moment even if they occasionally check their cell phone or take a few pictures. You don’t need to post pictures from a concert to your friends on Instagram, but if you want to, then so be it. You paid $50 for that show, so go for it. To create an environment where if you sneak your cell phone inside, potentially for good reason, and get caught by security and therefore are kicked out, is not a regime of concerts I want to live under.

With reliance on cell phones increasing more and more every day, I am not staying negative and worrying about how it is ruining live music, rather I am optimistic about how it is improving live music. I thoroughly enjoy watching footage online of concerts that I was not able to go to, and I am very excited to see what artist’s like Childish Gambino have in store to incorporate cell phone technology into their performance. Hate to knock your hustle Yondr, but please stay away from all venues I attend, thanks!