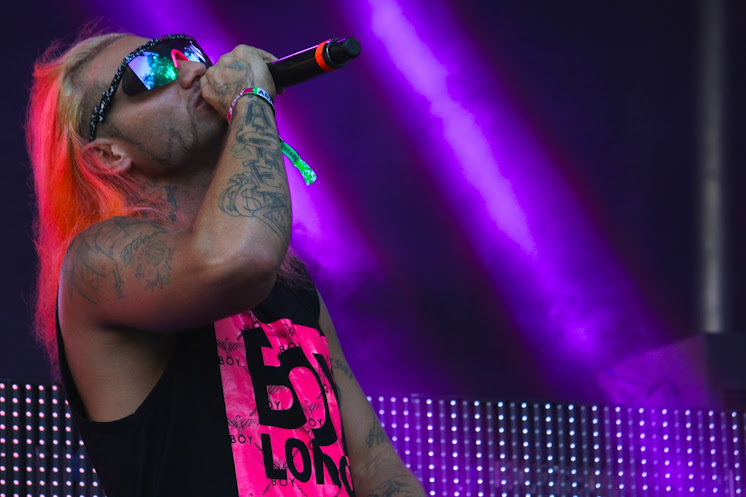 From what we can tell of Andy and Riff’s Twitter exchange, Milonakis wanted to do more with their Three Loco project then Riff Raff wanted. The group was signed to Diplo’s label Mad Decent and put out just one self-titled EP. Although we loved ‘We Are Farmers’ (how couldn’t you), we can’t blame Riff Raff for pursuing his solo endeavors, since he does have a Billboard top hit right now. Don’t get too upset though Andy, any comedic group Dirt Nasty touches is gold, just find a new third.

Mad Decent is cool though, they wanted to see Three Loco blow up. They gave us enough money to put out our album on Cafepress thx @diplo

All good – Neato & We Are Farmers were both my concepts anyway. haha fuck everyone.

. @JODYHiGHROLLER Stop signing deals without reading them. Stop acting like ur Beyonce. Start treating people with respect or crash & burn

. @JODYHiGHROLLER PUT DOWN THE COCAINE. I CAN ONLY BE YOUR REAL FRIEND IF YOU START TO COMPREHEND WHAT REAL FRIENDSHIP MEANS U CUNT

yo @JODYHiGHROLLER I don't want you to do anything for me…it's what you want us to do for you. @justinbieber has more humble demands

i DONT HAVE ANY FRiENDS BUT i HAVE SOME REALLY COOL SHOES TO TAKE ON A SUSHi DATE 💁 pic.twitter.com/w07Zx4iSBq

iN THE LAST 2 MONTHS 8 "FRiENDS" OF MiNE HAVE ENDED OUR FRiENDSHiP BASED ON THE FACT i COULDNT DO SOMETHiNG FOR THEM … WHAT iS THiS ??