I don’t really know if it’s possible to dislike certain groups. These are the groups that have set certain standards for what music sounds like or maybe simply created music that no one person can resist. Few songs have that effect the way putting “Waterfalls” on in a room full of people does. The drums and synthesized instruments sweep in, in full jazz mode and then are overtaking by some soothingly earnest R&B vocals. When the chorus hits, the trio takes all bets off the table and everyone joins in; it’s fantastic. Now, you know how people say it’s hard to shine on a team full of diamonds? Well, TLC came close to proving that theory right with their sophomore LP ‘CrazySexyCool’.

Just like their name symbolizes an acronym, covering each member of the trio, their album title covers the basis of what is going down on the project. The instrumentals stay precisely timed rhythms with the help of drums and electric pianos. The three members each adds their own vocal flavor to the batter. The real ability lies in how well they harmonize and play off their own strengths. From a more than capable rhyming potential and pitch perfect R&B that has never sounded more 90’s.

It’s important to note, the group was far from genre bending or breaking the rules of what had been set before them but, they did multiply expectation by three and combined skill sets that up until this point were mostly confined to features or collaborations. One of the project’s unique elements is its ability to reflect its title and the energy of its personalities so well. You hear “Creep” and realize that these women are not to be tested, then “Diggin’ On You” sets the light mood of taking in the beauty of a relationship. It’s made all the more interesting as it segways into the ode to backstabbers, “Case Of The Fake People”.

TLC made sure they were themselves. A lot like that group of girls we all knew in high school. Their personalities didn’t quite match but for some reason it worked so well that everyone took notice anytime they were around and together. Grounded yet occasionally funky, this project allows you to jam out to one of the best songs of the decade as soon as it imparts its little wisdoms about love and friendship on you. This album was the seductive stare into your eyes that everyone hopes to have from another person. The title of the LP signifies anything but boredom and therefore points in the direction of intrigue. There’s enough quality R&B material here from the trio that had every right to be the entire 1990’s population’s first crush(es). 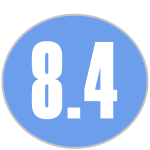