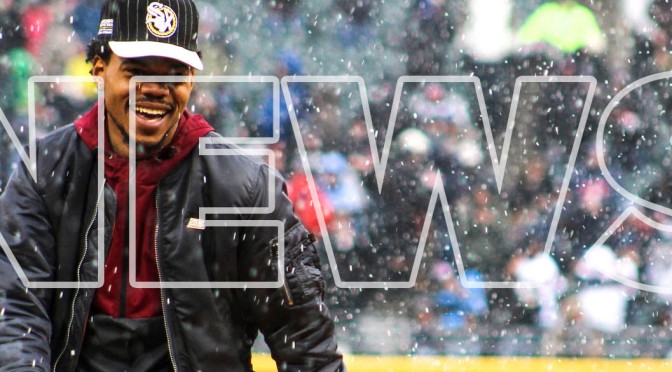 Fans were quick to do everything possible yesterday morning to secure their 4-day wristbands for Lollapalooza’s 26th anniversary. And you can surely bet that those same fans set their alarms for 6AM as Lollapalooza revealed its big 2017 lineup early this morning. And yet again, all those who bought their tickets early instantly saw a huge return in their investment as Lolla’s lineup this year is stacked.

Headlining the 4-day festival on its opening day this year will be Muse, Lorde and Cage The Elephant, who will be supporting by artists like the Migos, Lil Uzi Vert, Wiz Khalifa, Porter Robinson, Liam Gallagher, Spoon, Jon Bellion, George Ezra and more.

For the second day of Lolla, fans will enjoy performances from big name bands like The Killer and Blink-182, while also catching sets from DJ Snake, Foster The People, Ryan Adams, Run The Jewels, Phantogram, Little Dragon, Majid Jordan and Crystal Castles to name a few.

On Saturday, Chicago’s own, Chance The Rapper, will again headlining his hometown festival, while The xx, Alt-J, Vance Joy, 21 Savage, Mac Demarco, Russ, Banks, The Head And The Heart, Kaskade and many other artists are scheduled to perform.

Last but not least, Arcade Fire, Big Sean and Justice will all headline the last day of the festival. And to close out their epic weekend, fans will also be treated to performances from Zeds Dead, The Shins, Tove Lo, Rae Sremmurd, Noname, Milky Chance, Grouplove, Lil Yachty, London Grammar and many more.

Tickets are practically all sold out by this point but certainly check Lollapalooza’s official website for more information and ticket packages! This year Lollapalooza will again take place in downtown Chicago at Grant Park, this year from August 3rd to the 6th.

The 2017 #Lolla Lineup is here! 1-Day Tickets go on sale at 10am CT TODAY. View the full Lineup by Day here: https://t.co/PtXlaw7fBU pic.twitter.com/vBBOT5nete