Back in the 90’s hip-hop was finally establishing itself as a concrete art form with more than enough substance to justify its existence. Artists were creating the music that they wanted to make and more often than not, poetically depicting the harsh lifestyles of the hood or experimenting with lyricism. All of that is fine and dandy and actually thrust the art into what many will defend as the golden age of hip-hop, but being concerned with progression, few were actually reflecting on its current state. This all changed in 1999 when two MC’s decided to postpone their debut solo projects and create one of the most eye-opening hip-hop albums of all time. Mos Def and Talib Kweli effectively took on the role of street prophets, laying down some of the most critical and lyrically sensical rap of the decade.

They didn’t just make songs about street violence or the value of money, but rather critiqued artistic glorifications and depictions of them, turning hip-hop on its head. From the very first track, save the intro, the duo bonded over the word black being used as a term of endearment rather than a limitation. It contains bass-heavy, funky guitar strings and impeccable flows from both Def and Kweli. Def swings the chorus with subtle back-up vocals from Kweli and it solidifies the equation for the remainder for the remainder of the album.

Then, on ‘Definition’, we get two rappers standing up for the hood as examples of what you can become, rather than simply reflecting on their rough upbringing. “Best alliance in Hip-hop”. Their words, also mine. I have yet to hear a hip-hop duo top the palpable chemistry between these two verbal acrobats. Their analogies bleed the wisdom of two guys who could deliver hip-hop-based sermons, “Me and Kweli close like Bethlehem and Nazareth.”

The boom-bap style reflects that of the classic and lethal combination of KRS-One and DJ Premier. Here though, it is Cincinatti-based producer Hi-Tek that helms a majority of the production. Its combination of rumbling bass guitars, snappy drums and and other low tones, roots the project’s sound in the years preceding it. The simple, organic tones allow the two MC’s to explode with multisyllabic rhyme schemes, occasionally even pushing out grocery lists of rhymable words one after the next like Kweli on ‘Brown Skin Lady’,

Coming out at the end of a decade that showcased so much diversity in the genre afforded them the opportunity to take a little bit of everything from the musical buffet and put in on the plate that was their album. The colorfully playful, 80’s style that Eric B and Rakim came up on is resurrected on ‘B Boys Will B Boys’. They also allowed visions of the future to infiltrate their sound on the highly electronic synths of ‘Hater Players’. The album’s main exhibit is the lyrical proficiency and consciousness of Kweli and Mos Def. Its poetry that can be picked apart and listened to differently each time you hear it. Even sitting here now, realizing that this came out a ridiculous fifteen years ago, it is made all the more astounding that it is as eye-opening and as sonically pleasing as just about anything I have ever heard. Bar for bar, this is one of the greatest album’s of all-time. 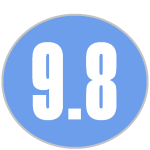 Minutes ago, Yasiin Bey (formerly Mos Def) finished his amazing performance at The Metro in Chicago, IL. With opening performances from Chicago’s Ty Money, Abel Black, and a very special performance from G.O.O.D. Music‘s Malik Yusef, Chicago got more than its money’s worth even before Yasiin Bey hit the stage for the sold-out crowd. Performing a catalog of his best and critically acclaimed tracks, Bey kept the Windy City in awe all night.

Check out our photos below, as we sent our photographer Dan Garcia to capture some of the night’s best moments.

END_OF_DOCUMENT_TOKEN_TO_BE_REPLACED

Every Thursday we will be reviewing albums that are considered “classic”. With the release of his new MF Doom remakes, it is only appropriate that we review this legendary hip hop album. If you know anything about hip hop, you know who Mos Def is. Today he goes by Yasiin Bey, but when he was still releasing music he was Mos Def; so that’s how we’ll refer to him. Black on Both Sides was his first solo album, and arguably his best; while an argument can be made that his 2009 The Ecstatic or 1998’s Mos Def & Talib Kweli are Black Star were better. However in my opinion, this album was his best work. In 1996 Mos Def signed to Rawkus Records, which has signed such big names as Eminem, El-P, Talib Kweli, and Pharoahe Monch. The first we really heard of Mos was on Rawkus’s label album Soundbombing where he appeared several times and was impressive and was a signal of great things to come. A year later, he and Talib Kweli dropped their acclaimed group album in 1998; and the year after that, Mos Def dropped his solo debut Black on Both Sides

Hip Hop – Mos goes in hard on this track; he talks about the importance of hip hop. Mos doesn’t normally have a outlet or way to voice his opinions on things where enough people will listen, but when he, or anyone, puts it to music; he is able to convey his message much more effectively and have it spread farther. That is why hip hop is so important.

Ms Fat Booty – This track samples Aretha Franklin’s ‘One Step Ahead’ for the hook and you can her croons in the background throughout the song. Mos raps about his experience with this girl throughout three different scenes. He was so mesmerized by her incredible ass that he just had to talk to her, but when he asked to dance she left. Next thing he knows he’s at a party with Q-Tip and his friends and this chick is there too. They eventually hit it off and you know ya boi Mos, in his words, “smashed it like an Idaho potato”.

Do It Now – This is one of the best songs on the album, Mos and Busta go rhyme for rhyme throughout the track and its simply incredible. This is especially amazing because Mos Def’s lyrics were on point, per as usual; but this was 1999, so Busta was on the top of his game as well. After, and including, the first hook; Busta and Mos drop 8 bars and then send it to the other one to drop 8 of their own and they keep going back and forth and the exchange is glorious.

Know That – I feel like I can say this about 5 or 6 tracks on this album, but this might be my favorite. We get an amazing Black Star collabo that is backed by a beat that is driven by a simple boom bap beat along with a Dionne Warwick sample. Keep in mind this was 3 years before Kweli dropped his solo debut and a year before his group with Hi-Tek, Reflection Eternal, dropped their debut; and yet Kweli’s rhymes on this song make him sound like a veteran. The chemistry between these two is incredible, and it’s really too bad we only got one Black Star album.

Brooklyn – Fascinating track that is broken up into three parts and contains three different beats. Throughout the track he raps about his hometown of Brooklyn. In the third part he samples the beat of BK’s finest’s ‘Who Shot Ya?’. He talks about how much harder life is in Brooklyn and how you are really unique if you’re from there. Another for sure highlight on this album.

Mr. Nigga – We get a Q-Tip feature on this one, but it’s only a hook; nonetheless very effective and awesome. This track features a very chill Mos, as opposed to his pretty aggressive flow and sound. Which is surprising since this song tackles the topic of how no matter how successful you are or presentable you are, if you’re an African American, you are simply just not treated the same as if you were the exact same person, except with white skin. You are treated by everyone as just another ‘Mr. Nigga’, a stereotypical Black person who no matter their accomplishments, can’t shake the stereotypes. Racism is still alive and roaring, while it might not be as clear cut as in decades past, there is still a huge problem of subtle racism, and it’s 2014; this album came out in 1999…

Mathematics – No exaggeration this might be my favorite beat of all time. Premier just nails all the scratches and samples on this one. I mean look at this list of what is sampled to create the hook for this masterpiece:

Just BANANAS stuff right there from Premo. And not to be outshined by an incredible beat, Mos spits some fire flames conscious raps. It contains lyrics that attack several social and political issues and uses the line “it’s all mathematics” to imply and encourage the listener to “add it all up” and realize what is going in society; all the facts are there, you just need to add it up to undersand. Various numbers are referenced all throughout the song and he even rhymes statistics in numerical order. He tackles the issue of how different it is being white as compare to black in America, and he encourages African Americans to do their math so they don’t become another statistic. Powerful.

This album is mainly Mos Def himself just rapping like crazy, but when there are features they are very effective and kill it. Busta, Q-Tip, Talib Kweli, and Vinia Mojica all do their thing and do it well. The album focuses on conscious lyrics, live instrumentation, and very very very effective samples. I can’t decipher everything on this album, but do yourself a favor and make it a priority to sit down and listen to this album with Rap Genius open; I guarantee you will have a great time. If you are a fan of Lupe Fiasco’s Food & Liquor or The Cool, Common’s Like Water for Chocolate, Tribe’s Low End Theory, conscious hip hop, or even just hip hop in general you will love and be blown away by this album.

Yasiin Bey (formerly Mos Def) has been a fan of legendary underground rapper MF Doom for quite sometime. And while we haven’t heard a lot of new music from Bey in the past few years, we now have 7 new tracks from Mos Def, where he raps over MF Doom songs. In the new remix series, titled BeyonDoom, Bey raps over ‘Beef Rap’. ‘Accordion’, ‘Curls’, ‘Stranger Ways’ and more.

Check out the new tracks below!

END_OF_DOCUMENT_TOKEN_TO_BE_REPLACED

On Thursdays we review albums that are considered “classic”. This week it’s the classic album that introduced us to Kanye West, The College Dropout.  This album is still today considered one of the best, if not the best, freshman albums of all time (up there with Nas’ Illmatic and 50 Cent’s Get Rich or Die Tryin’). This album, released by Roc-A-Fella Records, was the album that people told the young producer that he could never make. Instead however, not only was it pressed, but it was received with wide critical acclaim and gave us classic hip-hop tracks like ‘Jesus Walks’ ‘All Falls Down’ ‘Through the Wire’ and ‘Slow Jamz’.

END_OF_DOCUMENT_TOKEN_TO_BE_REPLACED 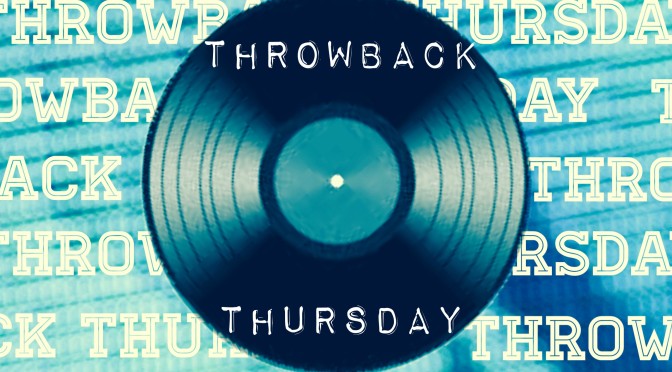 Every Thursday we will be reviewing albums that are considered “classic”. With the 15th anniversary of this legendary album coming up next month, it is only appropriate that we start this new feature off with this legendary hip hop album. END_OF_DOCUMENT_TOKEN_TO_BE_REPLACED

After over a week of performances by Dave Chappelle at New York’s Radio City Music Hall, full with special music guests including Kanye West, The Roots and others, Chappelle closed his performances with a very special appearance by Yassin Bey, formerly known as rapper Mos Def.