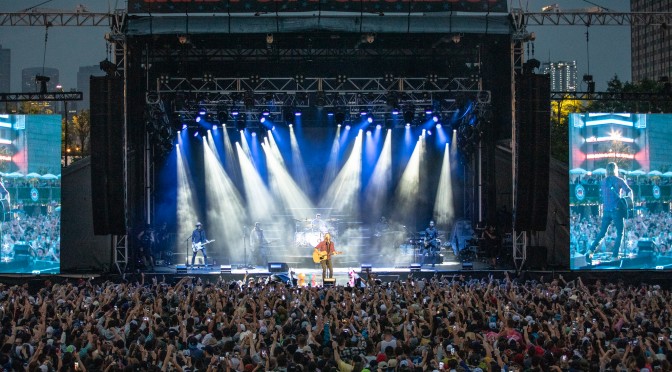 Unfortunately for fans who planned on staying dry for the festival, mother nature’s streak did not live on throughout the extended weekend. A little rain wasn’t going to stop the music however, as the show went on and fans enjoyed a day of great performances, rain or shine.

After singer Riley Green warmed up the sold-out crowd, the “What Was I Thinkin” singer made his return to stage in front of his Second City fans and gave Chicago a preview of his upcoming “Beers On Me” tour, which kicks off later this year. Fittingly, early in his performance, Bentley even invited a fan on stage to shotgun a beer, and the energy never fell throughout his entire set.

Check out our photos from Dierks Bentley’s stormy show for his Windy City Smokeout fans: