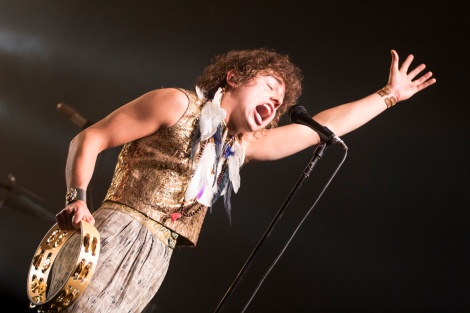 Just days away from the release of their highly anticipated debut album, Anthem of the Peaceful Army, Michigan rockers Greta Van Fleet closed out the current leg of their headlining tour at The Sylvee, Madison’s brand new music venue. With a sold-out crowd, lead singer Josh Kiszka, brothers Jake and Sam on guitar and drummer Danny Wagner were all poised to deliver an energetic performance that would set the standard at The Sylvee for all bands that will soon follow.

Thursday night was a night for celebration for many reasons. Not only is rock’s biggest emerging band days away from their debut’s release date, while also capping off the current leg of their tour, but the band had also just announced its big North American tour for 2019, a tour which will also make its final appearance at Wisconsin’s capital city, this time across the street at the Breese Stevens Field. Many fans in Madison got their first taste of Greta Van Fleet live last evening, and without a doubt a majority of yesterday’s crowd will return for Round 2 next summer.

So as the general admission venue filled up and the audience filled their stomachs with a custom locally brewed Greta Van Fleet American Pale Ale, the Kiszka brothers and Wagner greeted the crowd with their breakout single and everyone’s favorite, ‘Highway Tune’.

And while it’s hard to imagine how a performance could possible go up-hill form there, Greta Van Fleet managed to pull it off with ‘Edge of Darkness’ which continued for nearly 10-minutes and featured a show-stopping guitar solo from Jake Kiszka and ended with Josh breaking his tambourine over his knee before throwing the pieces into the crowd for a few lucky fans. The track alone made the night feel like it would never end, and the crowd certainly didn’t want it to. 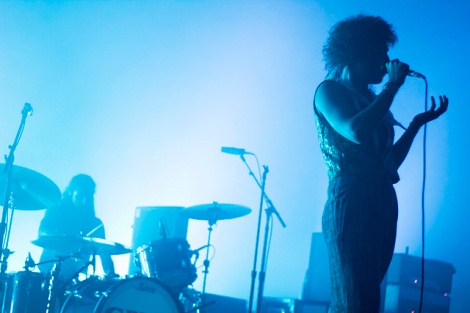 Throughout the night, Greta Van Fleet teased their new album while taking brief breaks between songs to talk to the crowd. “We’re not gonna lie, this is one of the greatest audiences we’ve ever seen,” Josh told the crowd after ‘You’re The One’, a new record from their upcoming album.

And not only was it a great audience, but it was an especially diverse audience, proving that Greta Van Fleet’s music casts a wide net and is for anyone to enjoy. The front row was filled with middle aged men and women who likely grew up on hard rock while also mixed with college kids who walked to the venue from their campus apartments. Nothing brings people together like music.

As the night went on, the crowd watched in awe as Greta Van Fleet showed off their veteran talents and stage presence, despite being less than a week away from their first full length project and barely old enough to drink their own custom ale. Then, to cap off an already memorable night, Greta Van Fleet said goodbye to their Madison fans with performances of ‘Black Smoke Rising’ and ‘Safari Song’.

Although Badger fans won’t be rooting for anything Michigan related this weekend, as the University of Wisconsin football team faces Michigan in Ann Arbor, Wisconsin is all in on Greta Van Fleet, as is the rest of the music world. The band is easy to root for, and whether or not hard rock is you go-to genre of choice, you can’t help but be impressed by Greta Van Fleet’s revival of a nostalgic sound from decades past.

As more people become aware of the awesomeness that is Greta Van Fleet, the only question that remains is will the Breese Steven Field be a big enough venue for the band by the time summer comes along?

Check out our photos from last night’s performance below and get your tickets for Greta Van Fleet’s 2019 tour here. 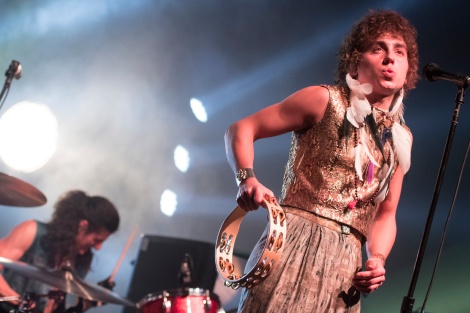