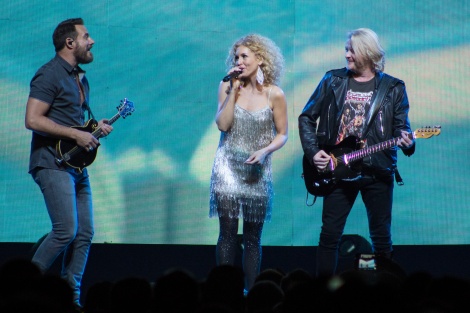 Tonight marked the last time a country artist or group would hit the stage at Milwaukee’s BMO Harris Bradley Center, as Little Big Town brought “The Breakers Tour” to the Wisconsin arena, just months before the city’s brand new state-of-the-art arena cuts the ribbon and opens its doors. With an arena and city that has seen a number of memorable country performances throughout the years, tonight was a great segue into the next chapter of country shows in Southeastern Wisconsin.

Not only was tonight the last country performance at the BMO Harris Bradley Center, rather it was also the second to last concert before the city’s new arena takes over. And with an amazing casts of performers, with Little Big Town, Kacey Musgraves and Midland, the stage was set for a memorable night.

Midland performed a few tracks from their 2017 debut LP, On the Rocks, while country’s rising star, Kacey Musgraves, set the tone for the night with performances from her brand new album, Golden Hour, which is already receiving wide critical acclaim.

But after a brief set-change, it was time for the act of the night, Little Big Town, to hit the stage. Known most for the collection of No. 1 singles, including ‘Pontoon’, ‘Girl Crush’, and most recently the Taylor Swift penned single, ‘Better Man’, the two girl/two guy group didn’t force too much production into their tour, however they made up for it with their fun stage presence and talented vocals.

Little Big Town’s set included performances of tracks from their entire discography, with a strong emphasis on their 2017 album where their headlining tour gets its name. With a trip to the B-stage, and performances of everyone’s favorite song, Little Big Town put on a great show for every single fan that filled the arena.

Check out our photos from tonight’s performance below and get your tickets for the remaining stops on their tour here. 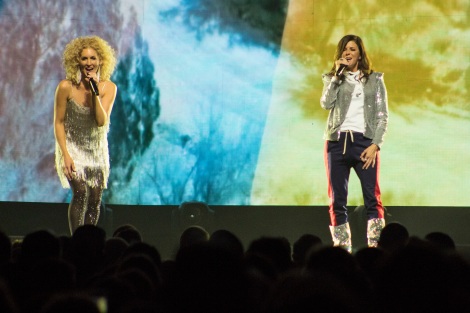