Rapper 2 Chainz answered a lot of questions for fans at NBA’s All Star Weekend in Los Angeles, as the Grammy Award winning artist revealed that the mysterious “RAP OR GO TO THE LEAGUE” blimp was in fact the titled of his forthcoming album on Def Jam Records.

From a pink trap house in Atlanta (in promotion of his Pretty Girls Like Trap Music LP) to his All Star Weekend blimp, 2 Chainz is showing fans that not only is he the best rapper for a feature, but he is also a marketing genius.

Peep a shot of 2 Chainz and his album blimp below. 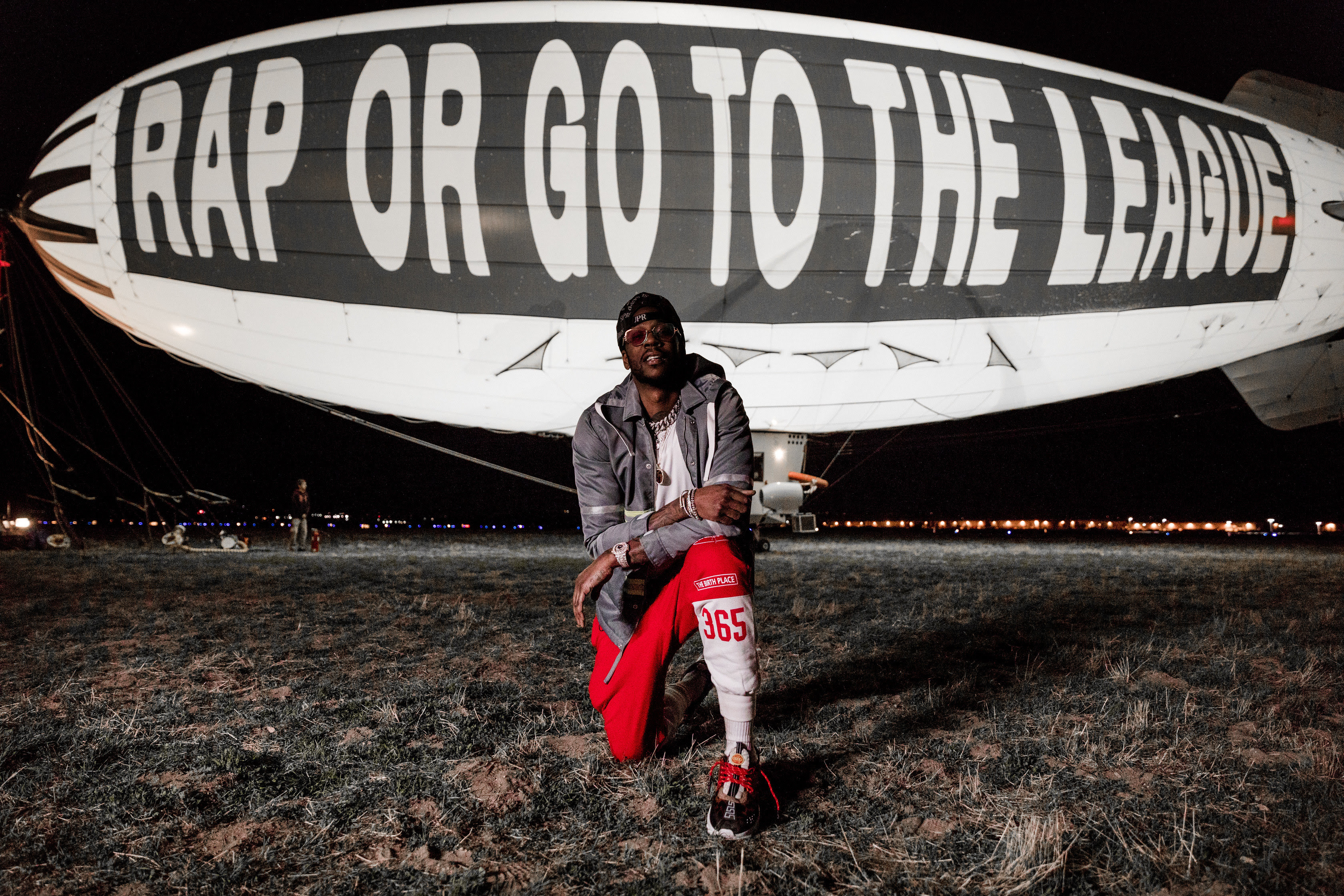