The best music festival in rap, Miami’s Rolling Loud, is set to drop their 2018 lineup this week. After impressing music fans everywhere with their 2017 lineup last year, which brought performances from Travis Scott, Kendrick Lamar, Migos, Gucci Mane, A$AP Rocky, Post Malone and many more, the expectations for this year are at an all-time high.

So in anticipation of the big reveal, we are sharing our list of 10 artists who we would love to see perform at Rolling Loud this May. With so many rappers killing it this year, the Miami festival has a ton of big and emerging names to choose from.

Who has had a better year than Cardi B? Cardi has been killing it, breaking records left and right and proving her doubters wrong along the way. So of course we would love to see Cardi B bless the stage in 2018, the same stage that her fiance Off-Set performed on in 2017 with the Migos.

XXXTentacion put on one of the best performances at Rolling Loud Miami last year. And while we want to see some fresh new faces on the lineup this year, we certainly wouldn’t complain if the Florida-native returned to Rolling Loud for another entertaining performance.

Tyler The Creator and Vince Staples are on a huge tour this year, so it would be great if Tyler took a break from his headlining tour to hit the festival stage in Miami. Tyler was scheduled to perform at Rolling Loud last year, but had to cancel, so fans would love to see him billed for the festival this year. 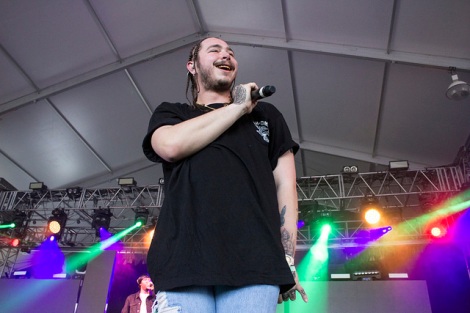 Post Malone has been surrounded by controversy, but one of the nicest guys in rap is a treat to see live. Post was at Rolling Loud in 2017, and he is at the top of our list of artists who we’d love to see return for a second straight year.

Childish Gambino may be a stretch, since he has no currently scheduled performances, but after his amazing performance at the Grammys last night and because of his new deal with RCA Records, it would be amazing to see the ‘Redbone’ singer headline a night of Rolling Loud this year.

Vic Mensa had a big 2017, in addition to releasing new music, Mensa assisted Jay-Z on his huge 4:44 Tour. One of the most political rappers in the genre today, Vic would be a great addition to the festival’s lineup. 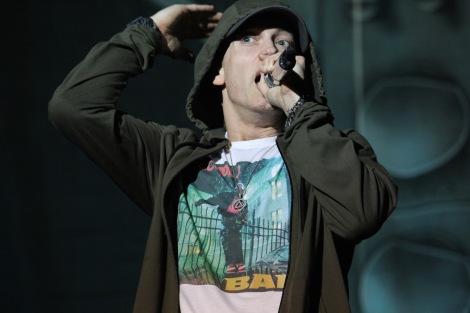 While this would be a huge get for Rolling Loud, it seems as Eminem is performing at every festival under the sun this year. So we will keep our fingers crossed that festival organizers are able to bring Eminem to Rolling Loud as well, for part of his 2018 run. Hearing cuts of his new album, as well as his catalog of hits, would be an unforgettable experience for his Miami fans.

G-Eazy is another rapper who has a big headlining tour ahead of him this year. With a brand new LP to promote, let’s hope that G-Eazy brings a wild show to Rolling Loud this May. Fans would not leave his set disappointed.

The Kevin Abstract-led group, Brockhampton, is one of the biggest emerging groups in rap right now. The Odd Future influenced Abstract is reason alone to catch the group’s live performances, and the rest of the members hold their own as well. Brockhampton is currently on their headlining tour, and are also scheduled to make festival performances this summer, so Rolling Loud is certainly a possibility.

Big Sean told fans that a new tour would come this year, so that may mean a few festival performances as well. Last year Big Sean delivered a memorable performance for fans at Lollapalooza, so the GOOD Music stand-out certainly knows how to rock a festival stage. Rolling Loud fans would not be disappointed if the ‘Bounce Back’ rapper performed in 2018.