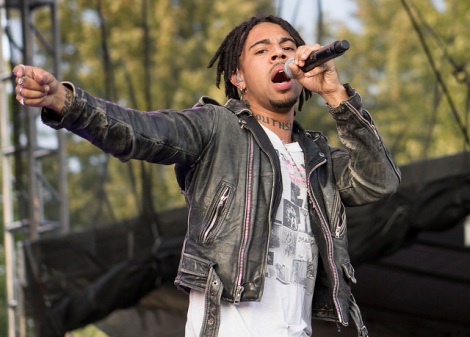 After talking about the BET Awards and the newly released XXL Freshman list, Vic Mensa’s appearance on Complex News‘ “Everyday Struggle” took and turn and got heated, as the Chicago MC had a heated exchange with the show’s co-host, YouTube personality, DJ Akademiks.

When the topic of Chicago’s drill scene came up, Vic Mensa, confronted Akademiks over a series of videos he made, where the YouTube personality mocked drill music and Chicago’s history of violence, a topic that Mensa argued that Akademiks had no authority to speak on.

“I wanted to slap you in your face, to be honest,” Mensa told Akademiks. The ‘Feel That’ rapper continued, “People exactly like you sensationalized and made a following off of clowning situations that we go through in real life… I think n*ggas have no right. (Akademiks) specifically, you ain’t never have a right.”

Mensa also took issue with a specific video of Akademiks where he spoke on the death of Tray 57, a childhood friend of Vic Mensa. Things eventually cooled off, but even DJ Akademiks had a lot of trouble defending himself. Even though Vic himself is not a drill rapper, he will never shy away from defending his city.