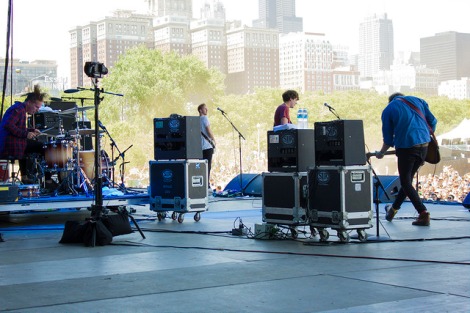 In support of their new album, Different Creatures, English indie-rock band Circa Waves will be hitting the road for a headlining tour throughout the U.S. Kicking off things at Chicago’s Schubas Tavern, the guys will be making stops in Brooklyn, San Francisco, Philadelphia, Los Angeles and more, until the tour concludes on June 14th in San Diego. Dreamers and Blaenavon will support the tour for various dates.

Fans were also treated today by the release of Circa Waves’ new music video, for their track ‘Love’s Run Out’, a fan favorite during Circa Waves’ European tours. So if you’d love to see the song live, be sure to get your tickets when they go on-sale here on Friday, April 28 at 10:00AM ET.

Peep the dates for Circa Waves’ headlining tour below, and watch their new music video for ‘Love’s Run Out’.