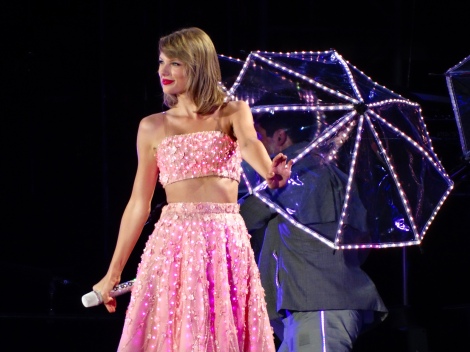 Likely the most anticipated music video of 2017 thus far, Taylor Swift and Zayn have shared their official music video for their hit collaborative single, ‘I Don’t Wanna Live Forever’. Off the soundtrack for “Fifty Shades Darker”, the sequel to “Fifty Shades of Grey”, which hits theaters on February 10th, the new music video is everything you expected and then some.

The dark and steamy visuals certainly paint a picture of what we can expect in the upcoming film, and while fans shouldn’t expect any romance to brew between Swift and Zayn (as Zayn is dating Swift’s friend Gigi Hadid), we definitely can’t wait for the first time that the two perform the record live. And the first chance for that may be next month, as Swift is performing a huge pre-Super Bowl concert to celebrate her new partnership with AT&T, and Taylor is no stranger to bringing out surprise guest for her shows.