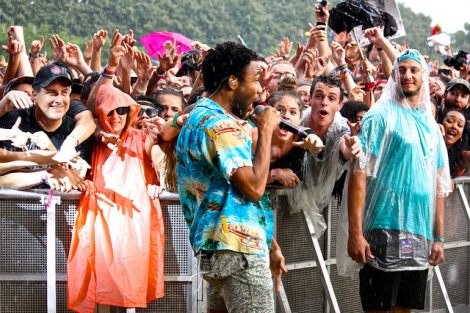 It’s amazing how fast the internet can catch on to things. Just minutes after Donald Glover (Childish Gambino) broke his blackout on social media to share the announcement and album artwork for his forthcoming LP, “…Awaken, My Love!”, Twitter quickly noticed that the cover was in front of us all along.

In a recent episode from Glover critically acclaimed FX series “Atlanta”, the artwork for Childish Gambino’s upcoming album is displayed in the background, propped up in a bookshelf. While only time will tell, it will be interesting to find out if there are any more Childish Gambino easter eggs hidden in Glover’s hit show, which was already renewed for a second season.

Donald's album was in Atlanta and we didn't even know pic.twitter.com/ywZBTDdwx5