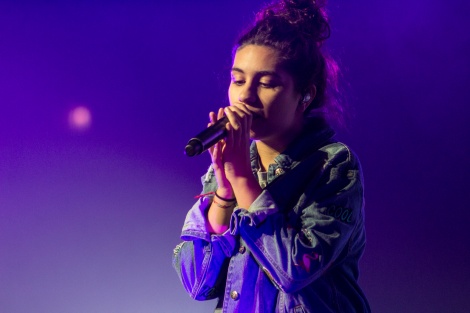 After a memorable performance at The Metro months ago, Canadian singer/songwriter Alessia Cara returned to Chicago for Part II of her Know-It-All Tour, with an even bigger performance at the historic Chicago Theatre. And as an treat to fans, this time around Cara brought two talented emerging artists on the current leg of her tour, with Ruth B and Nathan Sykes.

Up first for the night was English singer, Nathan Sykes, first known for being a member of the British boy band, The Wanted. Now focused on his solo career, Nathan has been an exciting emerging name in music since he teamed up with Ariana Grande in 2013 for ‘Almost Is Never Enough’. Currently, Sykes is just weeks away from the big release of his debut LP, Unfinished Business, which is slated for a November 4th release. Tonight Sykes performed a number of his new records, expected for his debut. Highlights of his set included his performances of ‘Kiss Me Quick’ and ‘Over and Over Again’.

Next up, the lovely and talented Ruth B stepped on stage to greet her Chicago fans. Just 21 years old, Ruth B is new to music, but already has the qualities of a music veteran. Only a year and a half ago, Ruth B wrote her first song, ‘Lost Boy’, which soon after grew into a pop hit, and now she is touring North America in front of thousands. Ruth B alternated between her stripped down and slower songs, while also keeping energy levels high with her more upbeat tracks. Everything from her vocal skills to her stage presence is impressive, when she still has so much time to grow. With her hit record ‘Lost Boy’, the Canadian singer is 1 for 1, but you can hear more from her on her 2015 EP, The Intro.

After a brief intermission, it was time for Alessia Cara to hit the stage. Opening with her track, ‘I’m Yours’, which can be heard on both her EP, Four Pink Walls as well as her debut album, the crowd was instantly ready for a great performance. The ‘Here’ singer then followed with performances of ‘Four Pink Walls’, ‘Wild Things’ and ‘Overdose’, one of our favorite records from her debut. Highlights of Alessia’s set were her beautiful cover of Frank Ocean’s record, ‘Swim Good’, and of course her anticipated performance of ‘Here’, a record that transformed Cara into one of pop music’s most exciting artists.

Check out our photos from last night’s performance below and check out the tour’s remaining dates here. 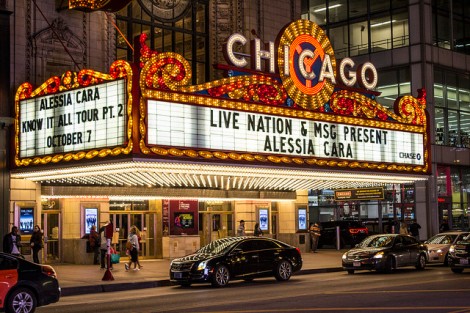 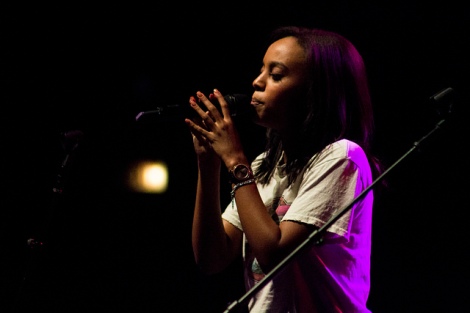