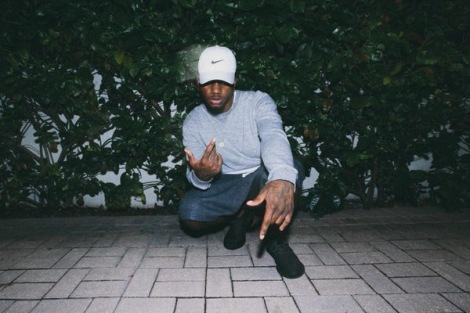 Earlier tonight, rising R&B superstar Bryson Tiller brought his sold-out T R A P S O U L tour to The Rave in Milwaukee, WI. To say that Tiller and his 2015 debut studio album (similarly titled, T R A P S O U L) had a big year last year would be an understatement. Ever since Tiller jumped to the top of everyone’s radar with his breakout single ‘Don’t’, the RCA Records artist has hit the ground running. The singer/songwriter received some monumental co-signs from mega-producer Timbaland and the 6 God himself, Drake, and his overnight rise to fame soon landed himself a creative partnership with RCA.

Tonight Milwaukee, Wisconsin got its first chance to see Tiller in person, and we are sure that there will be many more chances to come. Tiller’s momentum isn’t stopping anytime soon and given the fact that Tiller sold out the biggest music venue in a relatively smaller market in Milwaukee, on his first big tour, the rookie’s future in music is more than promising. The only problem for fans however is that if tonight’s performance sold-out in advance, tickets will only be harder to secure next time around, as you could tell that everyone in attendance tonight will surely try their best to make it to any future performances. T R A P S O U L and it’s addictive tracks like ‘Exchange’ and ‘Sorry Not Sorry’ give reason to tonight’s great turnout, but it’s Tiller’s stage presence which will bring those same fans back for tours to come.

The mood of the night was off to a great start after an opening set from the emerging R&B duo, THEY. The exciting duo certainly picked up a bunch of new fans in Milwaukee tonight, after their entertaining performance which consisted largely of performances of tracks from their 2015 project, Nu Religion. While many got their first taste of THEY.’s music tonight, their sound plays well to Tiller’s crowd, and it certainly got the night started on the right foot.

After a brief break to set up for the night’s headlining performance, it was time for Bryson Tiller to hit the stage. Tiller’s performance tonight can be compared a lot to his debut album. Not only do his tour and album share the same name, but the low lighting reflects the mood and feel of the album (which can also be seen on the album’s artwork). And then, just as T R A P S O U L opens with ‘Intro (Difference)’ and transitions into ‘Let Em’ Know’, so did tonight’s performance as the self-dubbed “Pen Griffey” appeared in his signature front-facing ballcap.

But unlike the album, which is very personal throughout, Tiller’s live performances are personal and intimate on a whole different level. Standing on stage, just a few feet from fans who lined up in the frigid Wisconsin weather well before doors opened for the night, Tiller was able to thank his fans first hands and tell stories from his past few years that an album just can’t tell in the same way.

Throughout the night fans sung along every word, from the hit singles to the B-sides. Bryson Tiller’s unmatched stage presence will give you the feels, and will make even his biggest haters have zero reason to question Tiller’s recent success and huge co-signs. Of course, and as expect, the highlights of the night included Tiller’s performances of ‘Don’t’ and ‘Exchange’, but even while singing R&B record, the energy levels never reached a low point.

If you weren’t in attendance tonight, then it is easy to question how else you spent your Saturday night in Milwaukee, WI. But you can certainly take comfort in knowing tonight will not be the last time the emerging superstar will take stage in Milwaukee. Bryson Tiller is here to stay and tonight was just another example.